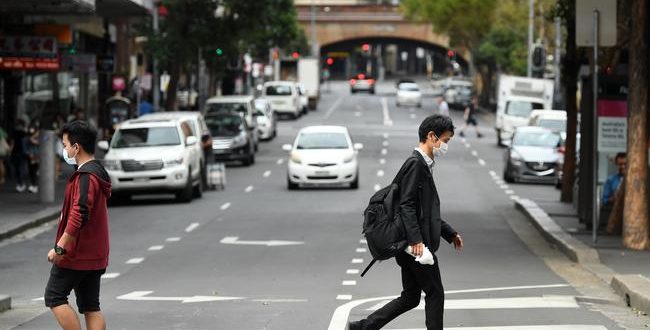 The number of NSW coronavirus cases jumped on Thursday to 1219, a rise of 190 on the previous day.

Some 16 patients are in intensive care, with 10 requiring ventilators.

Two more children in NSW on Thursday – girls aged one and two – were confirmed to have COVID-19, taking the number of child cases to four.

A midwife at St George Hospital also tested positive for the virus, with her patients contacted and told to self-isolate.

NSW Premier Gladys Berejiklian said on Thursday police would ramp up their public presence and that no cruise ship passengers would be permitted to disembark in NSW until further notice.

She said protocols on disembarkation needed tightening and that she was working with the Australian Border Force on new measures.

The Ruby Princess cruise ship – which disembarked passengers last week without adequate checks – is responsible for 121 COVID-19 cases in NSW.

Ms Berejiklian said the government was “looking very closely” at the impact of Monday’s shutdowns on pubs, cinemas and churches – and if they weren’t sufficient, further action would be taken.

The main criterion by which success would be judged was community-to-community COVID-19 transmissions, rather than total case numbers.

“I’m saying to the community that if we’re not convinced we’ve had a sufficient amount of success, NSW will have to take further action and that’s a position I’ve been clear on from day one,” Ms Berejiklian said.

But chief health officer Dr Kerry Chant said the full effect of the second stage of shutdowns – in place from Thursday – wouldn’t be known for some days.

This includes museums, libraries, auctions, beauty services and pools, as well as stronger restrictions on wedding and funeral numbers.

“It does take us at least seven and possibly 14 days to really get a picture … remember we also have to take out the fact we have returning travellers come in with disease,” Dr Chant said on Thursday.

Officers will have the power to issue fines of $1000 to individuals and $5000 to businesses that breach public health orders.

People in the firing line include returned travellers who contravene the requirement to self-quarantine for 14 days and those diagnosed with COVID-19 who similarly don’t follow the rules.

Previous Frontiers launches a portal to help connect coronavirus and COVID-19 research with funding
Next Rs 1.7 lakh crore Covid-19 package: Many who have been hit still left out, relief too little