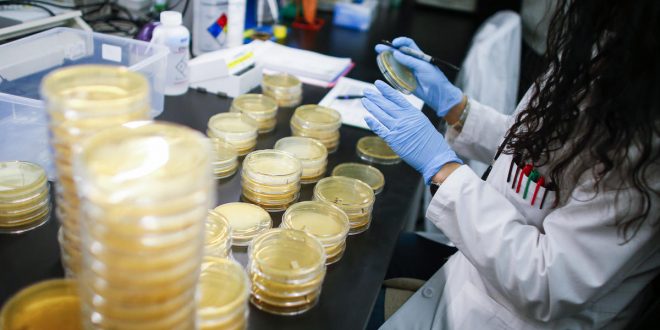 There were only 15,000 coronavirus test kits available in the United States as of Wednesday, according to the Food and Drug Administration, which has authorized commercial labs to develop more tests. By the end of the week, those labs were expected to make one million tests available, and the Centers for Disease Control and Prevention expected to provide 75,000 test kits.

With the delay in CDC test kits becoming available, some states have pushed to get their own testing procedures in place.

“We cannot have a system which is centralized in a few laboratories. Really, the front-line battle of the response to the new coronavirus will be done in the outpatient clinics and the hospitals,” said Dr. Albert Ko, at the Yale School of Medicine

“I think the CDC was under-testing,” said Dr. Jennifer Lighter, who manages infection control at NYU Langone and expects the medical center’s own coronavirus test to be ready in about a month. “To really establish a new test needs a certain amount of validation and time.”

Saudi Arabia on Wednesday suspended the year-round “umrah” pilgrimage over fears of the new coronavirus spreading to the holy cities of Mecca and Medina, the interior ministry said.

The Gulf state has decided “to suspend umrah temporarily for citizens and residents in the kingdom”, the ministry said in a statement carried by the official Saudi Press Agency.

They were also barred from “visits to the Prophet’s mosque in Medina,” according to a foreign ministry tweet. The decision comes after Saudi Arabia last week suspended visas for the pilgrimage and barred citizens from the six-nation Gulf Cooperation Council from entering Mecca and Medina, two of Islam’s holiest cities.

Saudi Arabia on Monday confirmed its first case of new coronavirus after one its citizens who had returned from COVID-19 hotspot Iran tested positive. The unprecedented moves have left thousands of Muslim pilgrims in limbo, raising uncertainty over the annual hajj to Mecca scheduled for the end of July.

Temporary housing has been set up in Seattle for coronavirus patients needing isolation. CBS News’ Jonathan Vigliotti reports that while most of the cases in Washington are linked to a nursing home, one of the newest coronavirus cases in the state is an Amazon employee from an office building in Seattle.

That worker is now quarantined, and people who’d been in close contact have been notified.

The Life Care nursing home is linked with five of the nine confirmed COVID-19 deaths in the U.S., and it is now also being tied to a case on the other side of the country: a North Carolina resident who visited the facility and then flew back east. Officials say that patient is now in isolation, too.

Dr. Mandy Cohen, North Carolina’s public health chief, said state authorities had begun work to trace people the patient had come into contact with, including fellow passengers from the flight.

In King County, Washington, officials have set up the first of up to 14 modular units that will be used to house coronavirus patients in isolation. Each unit has four rooms with eight beds total, but county official Barbara Ramey told CBS News officials were still trying to decide “how many people per room.”

The coronavirus outbreak has turned into “a global pandemic,” German Health Minister Jens Spahn said Wednesday, warning that worse was still to come.

“The situation is changing very quickly,” he said. “What’s clear is that we have not yet reached the peak of the outbreak.”

The World Health Organization (WHO) has so far stopped short of declaring a pandemic — defined as an epidemic that spreads throughout the world through local transmission.

Iran’s President Hassan Rouhani on Wednesday dismissed a U.S. offer to help the Islamic republic fight its coronavirus outbreak, charging that “vicious” American sanctions are depriving the country of medicine.

Iran has scrambled to halt the rapid spread of the virus that has claimed 92 lives out of 2,922 confirmed infections in the past two weeks.

It has shut schools and universities, suspended major cultural and sporting events, and cut back on work hours.

“Those who have deprived the people of even medicine and food through sanctions, who have done the most vicious things… they appear with a mask of sympathy and say that we want to help the nation of Iran,” Rouhani said, in a clear reference to the United States.

President Donald Trump said Saturday he was ready to aid Iran with the virus outbreak if the Islamic republic asked for assistance.

Friday prayers in Iran have been canceled across all provincial capitals amid the country’s growing coronavirus outbreak, state television said.

Friday is the main congregational day of prayer in Islam, and traditionally an important event for Iran’s clerical rulers.

The report Wednesday comes as Tehran and other areas canceled Friday prayers last week over the outbreak.

Iran earlier announced that the new coronavirus has killed 92 people amid 2,922 confirmed cases across the Islamic Republic, the highest death toll in the world outside of China.

Russia’s government has restricted the export of face masks and other medical protective gear until June amid hoarding prompted by the new coronavirus. The World Health Organization on Tuesday said hoarding and misuse of such items had left front-line health workers around the world short of the key equipment.

The ban did not include products “to provide international humanitarian assistance to foreign states based on decisions by the Russian government,” TASS said, citing an official government declaration.

There’s a growing concern that thousands of Americans may have been exposed to the coronavirus but have not been tested due to a shortage of test kits.

The CDC is racing to produce and distribute more test kits, but as CBS News’ Dr. Jon LaPook reports, the delay may already have impacted the U.S. health system’s ability to detect community spread of the virus.

CDC officials said Wednesday they hoped to have 75,000 more test kits available to local authorities by the end of the week, and they were working with a private company that has said it can make 1 million more available soon.

Weeks after the first cases were detected in the U.S., only about 500 people had been tested in the country earlier this week. One health company manager in New York told LaPook that, in her view, the “CDC was under-testing. They didn’t have the kits available and they had pretty strict criteria for who they were going to send testing on.”

South Korea reported 516 new cases of coronavirus on Wednesday, bringing the country’s total number of cases to at least 5,328, Reuters reports. At least 28 people have died of the disease in the country, which is currently facing the worst outbreak outside of China.

The 516 new cases vastly outpaced China’s new reported cases for the day. In China, the epicenter of the worldwide epidemic, only reported 119 new cases on Wednesday.

U.S. to screen all travelers from Italy and South Korea

Vice President Mike Pence announced Tuesday that the U.S. was to begin screening all travelers coming on direct flights from South Korea and Italy. Those two countries have the most confirmed coronavirus cases outside of China, according to the World Health Organization.

The New Hampshire Department of Health announced the state’s second presumptive coronavirus case Tuesday. In a press release, officials said the patient is an adult male from Grafton county who came in “close contact” with the state’s first patient.

The department said it’s still waiting for confirmation from the CDC on both tests.

It also offered more information about the first presumptive case. The department said that although that patient was instructed to self-isolate, they attended a private event on Friday, February 28.

The department added that Dartmouth-Hitchcock Medical Center said the first presumptive case is one of their employees.

Officials in California announced three new coronavirus cases on Tuesday. Two of the cases came from Santa Clara, according to the county’s public health department, bringing the county’s total number of cases to 11.

The third case was announced in Berkeley, according to a press release from the city. The release said the patient returned to the city from “one of the growing number of countries with a COVID-19 outbreak” on February 23, and that the resident had “largely” stayed at home under a self-imposed quarantine. This is Berkeley’s first known coronavirus case.

WHO chief says new virus much deadlier than flu, but less transmissible

World Health Organization Director General Tedros Adhanom Ghebreyesus said Tuesday that data has shown the new coronavirus disease to be considerably deadlier than the usual seasonal flu, but he added that it also appears to spread less easily.

Crucially, Tedros also said it did not appear that the new COVID-19 disease was spread readily by infected individuals who are not experiencing symptoms themselves. That news came after days of experts warning that many thousands of cases could essentially be hidden around the world, spread quietly by infected people with either mild symptoms or no symptoms at all.

Tedros said about 3.4% of confirmed COVID-19 cases have died globally, a huge increase in previous estimates which have ranged between 1-2%. Generally the seasonal flu kills less than 1% of those infected, Tedros said by way of comparison.

“Containment is possible,” stressed Tedros, warning countries dealing with their first cases that the actions they take “today will be the difference between a handful of cases, and a larger cluster.”

Previous Here’s how billionaire investor Howard Marks is telling clients to ride out coronavirus volatility
Next Did we win? Canadians who served in Afghanistan reflect on the prospects for peace | CBC News