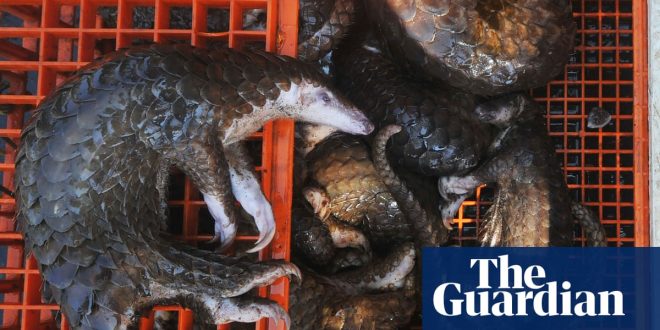 The cost of preventing further pandemics over the next decade by protecting wildlife and forests would equate to just 2% of the estimated financial damage caused by Covid-19, according to a new analysis.

Two new viruses a year had spilled from their wildlife hosts into humans over the last century, the researchers said, with the growing destruction of nature meaning the risk today is higher than ever.

It was vital to crack down on the international wildlife trade and the razing of forests, they said. Both bring wildlife into contact with people and their livestock. But such efforts are currently severely underfunded, according to the experts.

Spending of about $260bn (£200bn) over 10 years would substantially reduce the risks of another pandemic on the scale of the coronavirus outbreak, the researchers estimate, which is just 2% of the estimated $11.5tn costs of Covid-19 to the world economy. Furthermore, the spending on wildlife and forest protection would be almost cancelled out by another benefit of the action: cutting the carbon dioxide emissions driving the climate crisis.

The key programmes the scientists are calling for are: much better regulation of the wildlife trade, disease surveillance and control in wild and domestic animals, ending the wild meat trade in China, and cutting deforestation by 40% in key places. There was a clear link between deforestation and virus emergence, they said, with forest bats the likely reservoirs of the Ebola, Sars and Covid-19 viruses, and tropical forest edges a “major launchpad” for new viruses infecting humans.

“It’s naive to think of the Covid-19 pandemic as a once in a century event,” said Prof Andrew Dobson at Princeton University in the US, who led the analysis. “As with anything we’re doing to the environment, they’re coming faster and faster, just like climate change.”

Prof Stuart Pimm at Duke University in the US, part of the research team, said: “Investment in prevention may well be the best insurance policy for human health and the global economy in the future. We could stop future pandemics before they start.”

The UN’s environment chief welcomed the analysis. “The science could not be clearer,” said Inger Andersen. “As we emerge on the recovery side of Covid-19, we cannot afford a piecemeal approach to tackling diseases [from wildlife]. Irrespective of the final bill [for coronavirus], we can say with certainty that action now will save us billions in future costs, and avoid the tremendous suffering that we continue to see around the world.”

The analysis is the latest plea from experts for governments to address the destruction of the natural world and help prevent future pandemics. This month, a UN report said the world was treating the health and economic symptoms of the coronavirus pandemic but not the environmental cause. In June, experts said the pandemic was an “SOS signal for the human enterprise”; while in April, the world’s leading biodiversity experts said more deadly disease outbreaks were likely unless nature was protected.

The analysis, published in the journal Science, was carried out by experts in environment, medicine, economics and conservation. In particular it noted that wildlife enforcement networks are acutely underfunded. The network in south-east Asia has an annual budget of $30,000, while the global wildlife trade body Cites gets $6m a year.

“The wildlife trade is deeply corrupt,” said Dobson. “Some politicians would much rather that it not be stopped in many countries.”

The researchers said indigenous peoples who rely on wildlife for food must be protected from any restrictions.

Ending the wild meat trade in China was key, the researchers said, and would require almost $20bn a year. “I was shocked at the number of people employed: it’s several million,” said Dobson. He said there were also very few wildlife veterinarians in China: “The troops in the frontline trenches are missing.”

Akanksha Khatri, head of the World Economic Forum’s nature action agenda, said: “Covid-19 has shown us that human beings and our economic activity depend on the planet’s ecological balance. If we continue to push against this delicate balance, we do so at our peril.”

Stéphane De La Rocque, a veterinary expert at the World Health Orgazisation, said the analysis was much needed and that, after Covid-19, leaders were starting to understand the issue: ““It is the first time that we really have had a discussion about wildlife [and disease] and realised we have no surveillance system for wildlife.”

Previous How Long Does COVID-19 Immunity Last After Recovering? : Shots
Next Vietnam back on COVID-19 alert after first local infection in 3 months

Florida set another grim record Tuesday with nearly 200 more COVID-19 deaths recorded overnight, but in recent days an ominous sight outside a funeral home has been sending a shiver through a Miami-area town –- a refrigerated trailer for storing bodies.Rumors that the corpses of coronavirus victims were being stored there -- and unfounded fears…