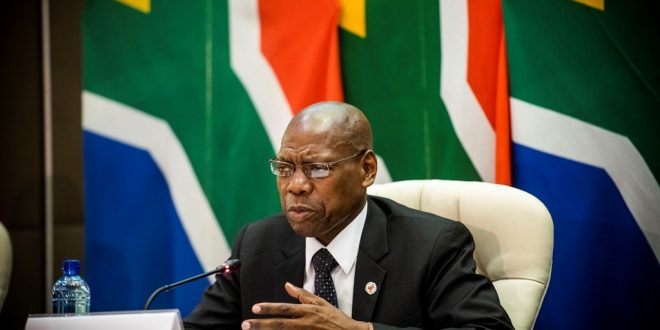 Health Minister Zweli Mkhize was forced to take dramatic steps on Tuesday to bolster Nelson Mandela Bay’s fight against Covid-19, after it emerged in a damning report that the Eastern Cape government failed to provide adequate resources for the municipality to tackle the pandemic.

Nelson Mandela Bay is the epicentre of the virus in the Eastern Cape with more than 167 cases and six deaths. Statistics released on Wednesday evening indicated that the province had 377 positive cases, seven deaths and 15 recoveries.

One councillor told News24 that Mkhize was not impressed with Gomba’s performance and that of her administration.

Furious with the report he received on the metro’s response, the health minister cancelled a planned site visit to Zwide and KwaDwesi, the councillor said.

“What made the situation tense was when he heard of critical vacancies. There is no district director. There is no clear plan how many beds are available in hospitals. The province is only starting to do renovations now in hospitals. Staff are not trained for screening and testing. The staff have no proper skills on how to take care of [those who are] affected. Those who have passed on are wrapped in sheets instead of the protective material. There are no protective clothes for workers. Zweli was clear that without the municipality, it would be a mess. He said ]what] saved the Bay is a strong municipal direction.”

The councillor said Mkhize appointed a new district director and assured that protective clothing would be sent.

The minister was also said to have ordered that Litha Matiwane, a deputy director general, head Nelson Mandela Bay to oversee the transition.

Another municipal leader said Mkhize heard the municipality was providing water, electricity and sanitisers for the provincial response.

The source said together with district health administration, the municipality established a joint operation centre without help from the province.

“They come to meetings but they have no support from [the] province. The district is committed but they don’t have the resources from [the] province. The province is weak and the minister has finally seen how desperate the situation is in the metro. What happened is that Gomba’s powers are gone. They will have powers only by name,” the source said.

Gomba denied that the minister curtailed her powers, saying Mkhize only recognised the metro had a potential to explode.

“He recognised that we need assistance. He deployed epidemiologists and scientists from the National Institute for Communicable Diseases so that we have all the skills to fight this virus. Those people will sit down with him daily, with the minister having the highest decision-making powers in the department to plan how to fight the scourge in the metro,” she said.

The MEC also denied there were delays in appointing people in critical posts, saying the process was already in motion.

“There had already been recommendations but it had not come to me yet for approval. This is what we were already fast tracking. The process of interviews had been done,” she told News24.

During a media briefing in the metro on Wednesday, Mkhize said the shortage of hospital staff and personal protective equipment (PPE) were among challenges the council faced.

News24 reported that Mkhize emphasised that the filling of vacancies would be fast tracked, while replenishment stock for hospitals would be ready for delivery within a day.

Screening and testing needed to be reinforced because the numbers did not add up.

He said additional vans from the National Health Laboratory Service (NHLS) would be sent to the province to improve testing capacity.