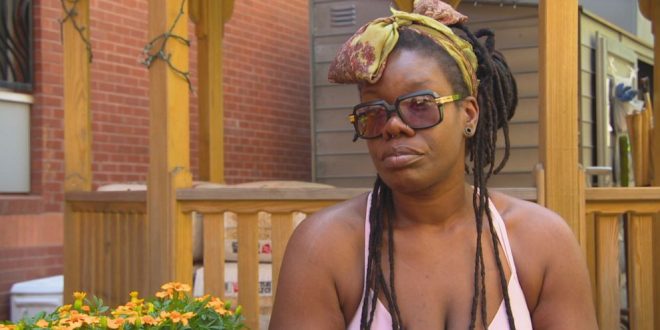 First light has yet to break in New York City, but at a bus depot in the South Bronx, Wayne Lizardi has already been behind the wheel for hours.

Lizardi has shouldered a heavier workload since COVID-19 hit the city.

“There’s extra buses that are running to compensate for the four hours that the subways aren’t running. So I picked up a trip from 2 to 5 [a.m.],” he said.

His bread and butter, shuttling essential workers across New York City at all hours, makes him a frontline worker in the ongoing pandemic. More than 100 of Lizardi’s colleagues in the MTA have died and thousands have tested positive. At one point, 6,000 were home sick or quarantined. Well over 50 percent of the MTA work force are minorities.

“We are putting our lives out there,” he said. “If you were to tell me … ‘You’re going to be out there and you could very possibly die’ … would I have signed up for it? I don’t think anybody would sign up for that. But we did, and we’re here.”

The Bronx is the northernmost of five New York City boroughs, separated from Manhattan by bridges and subway tunnels. It’s home to Yankee Stadium, the Bronx Zoo and nearly 1.5 million New Yorkers, many of whom are essential workers.

“Before COVID-19, the Bronx was known as the poorest borough,” New York City Councilmember Ritchie Torres told “Nightline.” “It’s come to be known as the essential borough.”

Many of the workers throughout the borough who didn’t have a choice to stay at home when the pandemic came are people of color earning low wages.

“It’s hardly an accident that the Bronx, which has the highest rates of racially concentrated poverty, has become the epicenter of the New York City outbreak,” Torres said.

The pandemic has ravaged the Bronx and left a community bearing New York City’s highest rates of COVID-19 deaths and hospitalizations. According to the city’s Department of Health, black and Latino residents make up a vast majority of COVID-19 cases at a rate of 2,768 cases per 100,000 people. Residents in the Bronx, who are majority Latino and black, are more than twice as likely to die from COVID-19 than anywhere else in the city.

The deadly pathogen has exposed the stark divides of race and class — the haves and have nots.

In the southeast Bronx, community organizer Tanya Fields has cultivated an urban farm where she, along with her six children and neighbors, grow everything from herbs to fruit trees. They even raise chickens.

“Just being able to pick fruit off of a tree in your community, people really appreciate that,” Fields said.

Fields is preparing to harvest vegetables to distribute to her neighbors just weeks after recovering from COVID-19 herself.

“I got very, very sick for about three weeks,” she said. “[I had an] unproductive cough, fever of about 101 [degrees], body aches and chills.”

Within days, the virus stormed through the three-bedroom apartment Fields shares with her family. She said it was “impossible” to distance herself from her six kids.

“I was wearing a mask in my house almost 24/7,” she said. “I tried to stay out of common areas like the kitchen, but that’s difficult.”

“My eldest daughter, who is 17, college bound, she got the sickest of all of my children,” she said. “My 16-year-old, who was chronically asthmatic, she was having a lot of wheezing and a lot of problems breathing.”

Eventually, the illness passed, allowing Fields to return to her farm about a mile away from the Hunts Point Produce Market, the largest wholesale produce market in the world.

“All of the grocery stores, restaurants, they are getting food from the Hunts Point Distribution Center,” she said. “The irony is that a lot of that food does not end up in this community when it’s at its freshest.”

Fields refers to herself as a cash-poor black woman, but says she chooses to spend money on growing fruits and vegetables on her community farm.

“As someone who raised my older children on welfare, and by being in a community with other folks who have paved the way, I have been able to gain some things that some of my neighbors have not,” she said. “I’m a college graduate and I fought tooth and nail to raise two children and claw my way to graduate. While I don’t make even $30,000 a year, I am able to provide this to my community.”

“People in my neighborhood have already been going hungry,” she said.

Even before the pandemic, hunger was no stranger here. One in six residents experienced food insecurity in 2018.

For Torres, a city divided is an adage that’s long held true. He, too, recently recovered from his battle with COVID-19.

At 25 years old, Torres became the youngest elected member of the New York City Council. Now he’s 32 years old and running to represent the poorest congressional district in the country, where he vows to improve public housing.

“I felt that public housing had become the ‘forgotten city,’ I could advocate from a place of lived experience,” he said.

Torres said his maternal family had been living in a housing project in the Bronx’s Throggs Neck neighborhood for three generations.

“My grandmother moved in the 1950s. She was one of the first Puerto Rican families here,” he said.

He said he has fond memories of his childhood.

Another childhood lesson he learned was that there’s an invisible tie binding poverty and health. The Bronx is home to power plants, waste treatment facilities and it’s tucked between highways that for decades meted unforgiving health consequences.

Children in this borough are twice as likely to be hospitalized for asthma than their counterparts in Manhattan. Torres was diagnosed at age 8.

“When you live in conditions of mold and mildew and vermin, all of those are known triggers for asthma. So I was repeatedly hospitalized as a child,” he said. “The difference in life expectancy between the South Bronx and the Upper East Side of Manhattan is 10 years. So poverty is poison.”

“It’s hardly an accident that the borough that has the worst public health outcomes has the highest rates of infection, morbidity and mortality for COVID-19,” he added.

These health issues have only magnified the pandemic’s impact on the community. For two decades, Dr. Ramon Tallaj has witnessed it firsthand, working as a physician in New York City’s immigrant communities.

“Hypertension, diabetes, asthma, you name it. Of course, there’s gonna be more prevalence in this community,” he said.

Tallaj and his team have been one of the few lifelines to predominantly Spanish-speaking and immigrant patients. When the testing was slow to come, they took action.

“From the beginning, we’ve been crying to get testing in our community. But we did it ourselves. We put on the line a lot of money — the doctors — to do it ourselves,” Tallaj said. “We want to continue for own people, because we are like them. We’re immigrants like them.”

“The expectation is what happened. People have died,” he said.

Often the last to be helped, many in this community have been the first to be called to essential jobs.

Yet, despite the enormous risk, Lizardi continues to show up. He’s a second-generation bus operator, driving the same streets as his father, who immigrated from Puerto Rico.

“He drove for 23 years,” Lizardi said. “We’d ride the buses with him and see him drive and just kind of people watch, and it was very interesting.”

The coronavirus outbreak, however, has transformed his outlook.

Lizardi says many of his colleagues had called out sick. It wasn’t long before he received word that one of the drivers from his depot died from the virus.

“Shocking, shocking, shocking,” he said. “You see people every day, and then all of a sudden, somebody’s not there for a day, two days. A week goes by and then we got word that he was sick and he was out and he ended up passing.”

That bus driver, Bronx native Leon McKnight, was 49 years old and a father of five who was known to love talking about his children. He’s one of more than 120 New York City transit workers who have lost their lives to the coronavirus.

As the city hunkered down for the outbreak, protections for New York City bus drivers have improved.

“It was the barriers… Over time, they did start providing us with masks and gloves and the buses that are coming in, being sanitized every night,” Lizardi said.

Still, fears of contracting the virus are never too far away.

“Am I still nervous now? We all are,” he said. “We have a lot of people that we move and there’s some people that come on with no mask, they’re coughing. It’s only getting worse out there. People are coming out, more and more people are out riding these buses.”

Yet, he’s still determined to do his part for the city that never sleeps.

“I’m going to keep working, so god forbids something happens, I mean I’m here and I’m going to continue working,” he said.

The residents of this community soldier on, holding out hope that the world will not turn away from the disparities laid bare by the pandemic.

“I know that it’s difficult for anybody to know what a pandemic will be [like],” Tallaj said. “But once you know what’s going on for the people who are on the frontline like us and you didn’t pay attention to us, then that’s different. That’s negligent.”

Torres says “a reinvestment on the scale of the New Deal” is required to recover and rebuild a system that protects our most vulnerable communities.

“If we say that we value human life, then we must value all human life,” Fields said. “And what we’re seeing right now is … this is a country that does not value the lives of certain people. And those lives happen to intersect with your socioeconomic bracket, your ethnicity and your racial makeup.”

This report is part of “Pandemic – A Nation Divided,” ABC News’ special coverage of the heightened racial/ethnic and socioeconomic disparities amid the COVID-19 pandemic. Tune into “Nightline” for a three-day series starting tonight, 12 a.m. ET on ABC.