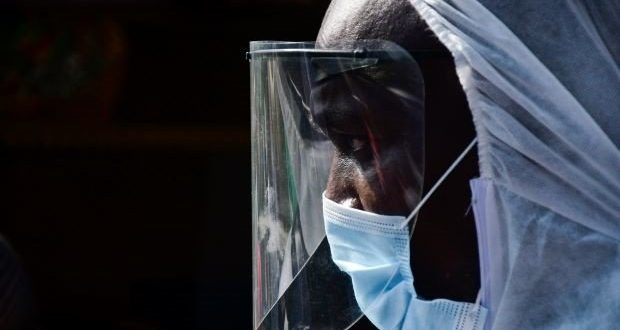 The projected deaths are expected to happen when the virus peaks between October and November.

The disturbing projection is contained in a report compiled by the Eastern Cape provincial command council which was released this week by the Office of the Premier.

The report also reveals that the province does not have enough capability in place to manage the demand of the pandemic.

The report said: “If the modelling is correct the Eastern Cape is at the start of an exponential increase in deaths over the next three months. Based on the projections the cumulative death toll could be between 6 000 and 5 500.

“These peaks could be reached between October and November. This would require that infrastructure and support services would have to be put in place as a matter of urgency to deal with potential situations.”

The report further detailed that: “Based on projections and the data supplied on 14 May 2020, it would appear that the E-Cape does not have enough capability in place to manage the demand of the pandemic. Unless capabilities are exponentially and rapidly increased, the province will experience a situation where the demand will exceed supply.

“It would appear based on the projections that demand will outstrip supply by early to mid-July 2020. It would appear from the data that the lockdown did not produce the required increase in capacity in the Eastern Cape to deal with the future demand.”

News24 reported that Health Minister Zweli Mkhize will return to the province due to the rapid spread of the virus and a high death toll.

The Eastern Cape now has the second highest rate of infections in the country with 6 341 cases, 127 deaths and 2 666 recoveries. The Western Cape has the highest infection rate.

Earlier in May, the Western Cape provincial government reported that its projections showed the province could see a total of 9 300 deaths at its peak.

Mkhize on Sunday said the province’s hotspots will be divided into sub-districts to better manage the fight against the pandemic through regional responses.

“The hotspot strategy is to facilitate a strong community-based response… Decentralisation is particularly important for rural areas to ensure they are adequately capacitated and empowered to successfully manage the epidemic locally,” a statement said.

“The Eastern Cape has similar numbers to Gauteng but it has recorded the second highest mortality numbers and its proximity and inter-connectedness with the Western Cape makes the province especially vulnerable.”

A team of 20 Cuban doctors and 840 additional nurses have been employed to fight the pandemic in the province.

The national department also sent a team of experts to the Eastern Cape in April.

The command council report also revealed a noticeable increase in serious crime since the unbanning of alcohol on June 1.

This, as the Eastern Cape premier Oscar Mabuyane announced that he will be petitioning for the national government to reinstate the alcohol ban in order to contain the spread of the virus.

Previous Testing cruise passengers for COVID-19 would be ‘overkill’: NSW Health
Next What is herd immunity and could it work with COVID-19?