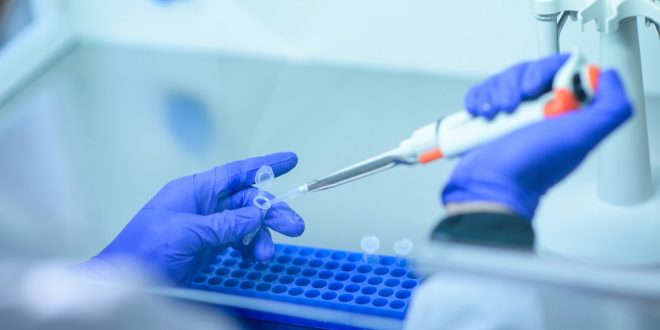 The Department of Health has announced that a further three people who had previously been diagnosed with Covid-19 have died.

The Department has also announced an additional 47 confirmed cases of the virus, bringing the overall total of cases here to 25,111.

Validation of figures from the Health Protection Surveillance Centre have led to the denotification of two deaths, and two confirmed cases.

The latest figures from the department show that of the 25,064 cases confirmed as of midnight last Monday, over 3,298 cases – 13% – have been hospitalised.

Of these, 409 cases have been admitted to ICU.

The number of confirmed cases among healthcare workers has surpassed 8,000, accounting for nearly 32% of cases.

Dr Holohan said there was nothing in the data so far to suggest NPHET won’t be able to recommend moving to Phase Two of the road map of easing virus restrictions.

He added however that the third week of each stage is the crucial one and it is important to wait until the end of this week before making a decision.

Chief Medical Officer Dr Tony Holohan says mass gatherings shouldn’t be organised and shouldn’t be attended. He says some events took place at the weekend that were not in keeping with that | Read more: https://t.co/i0jqIZuB4f pic.twitter.com/4Q7VT04uiG

He said if the virus continues to behave as it has been, the actions of individuals will become more and more important as we move towards the new normal.

He also said that amongst the Roma community there are 30 cases, an increase of eight.

There have now been 1,048 cases in meat plants around the country – an increase of 123 over the past week.

There was an increase of nine cases to 34 among people in homeless residential facilities, while there were no new outbreaks notified in workplaces.

There have been no new deaths in the above categories.

Live coronavirus updates as they happen

Deputy Chief Medical Officer Ronan Glynn says there was one new Covid-19 cluster in an at-risk setting in the week to Saturday 30 May | Read more: https://t.co/i0jqIZuB4f pic.twitter.com/SIHw1GQJzc

Meanwhile, there have been 14 confirmed deaths linked to Covid-19 among people with disabilities in residential settings.

The figure was outlined at a meeting between representatives of Inclusion Ireland – which is the National Association for People with an Intellectual Disability – and Minister for Health Simon Harris this afternoon.

There are around 1,100 residential centres for people with disabilities nationwide. There was no Covid-19 outbreak in 75% of those settings.

Where there were outbreaks, 25% were Covid-free after 28 days.

Of 430 laboratory confirmed Covid cases in disability residential centres, 57% were staff and 43% were residents.

Inclusion Ireland has described the figures as a good news story for the disability sector. However, the organisation says there is concern among members over the reopening of services.

A spokesperson for the minister said Mr Harris took the opportunity at the meeting to thank the representative organisations and disability device providers for their collaborative efforts in shielding and protecting people with disabilities.

The latest figures come as field trials on a new contact tracing app aimed at controlling the spread of the virus have begun. The trials are expected to last around two weeks.

Members of An Garda Síochána are being used for the field trial, as the Department of Health says they are one of the few groups who can currently move freely around the country.

People will be able to share a close contact their phone has saved and also whether to share the symptoms they have recorded themselves on their phone.

It is recommended that the general public wear barrier masks, which may help prevent the spread of viral infection to others. People getting on public transport or going into supermarkets “should wear” a face covering, he added.

The minister has also said he is “very hopeful” that the country will be able to proceed into phase two of reopening the country on Monday.

Previous Coronavirus pandemic: Updates from around the world
Next Blaming protesters for COVID-19 spread ignores the bigger threats to health