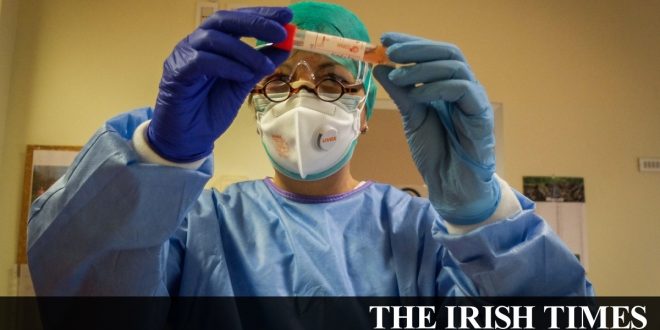 Covid-19: Which economic forecast should I believe today?

We’ve had three stabs at trying to pinpoint the likely economic fallout from Covid-19, and it’s not obvious we’re there yet.

On March 26th, the Economic and Social Research Institute (ESRI) predicted the Irish economy would contract by 7.1 per cent in 2020 and that up to 350,000 jobs would be lost. On April 3rd, the Central Bank suggested the economic contraction would be bigger, at 8.3 per cent, and that up to 500,000 people would lose their jobs.

Then yesterday the Government said the economy was likely to contract by as much as 10.5 per cent while unemployment was likely to hit a record 22 per cent. This came a day after we were told that one million people are now either fully or partially dependent on the State for income support.

The picture is one of a rapidly deteriorating economic outlook. The Government’s forecasts, contained in the Stability Programme Update (SPU), are also based on a big assumption, namely that the current restrictions are relaxed in June and that economic activity gradually picks thereafter.

But as the Department of Finance’s chief economist John McCarthy cautioned repeatedly on Tuesday there is big downside risk to this assumption as the health situation is entirely uncertain.

In its report, the department included two other scenarios where the lifting of restrictions is delayed by another one or two quarters, linked to risk factors such as a second wave of infections ,or a mutation and/or a delay in finding a vaccine.

In the first of these more draconian scenarios, involving a one-quarter delay in the lifting of restrictions, gross domestic product (GDP) would fall by 13.8 per cent, instead of 10.5 per cent, and the Government’s deficit would deteriorate to €27 billion in 2020, instead of the currently forecast €23 billion.

Get the latest business news and commentarySIGN UP HERE

In the second, involving a two-quarter delay, the “severe downside”scenario, GDP drops by 15.3 per cent and the deficit hits €29 billion. This would correspond to a €31 billion reversal in the public finances, on a par with what we saw after 2008 crash.

The department doesn’t attach the employment implications of these scenarios, but we can assume that 220,000 job losses, which it factors in for 2020 in his base scenario, would be a lot greater.

In its analysis, the department notes that the pandemic initially appeared to be a supply shock, with production shutting down, and consumers and businesses unable to purchase the goods and services they wanted.

This gave rise to the possibility of a V-shaped recovery, a rapid bounce back with the underlying demand released as soon as the production shock resolved.

However, it says the duration of the pandemic “has morphed the shock into a combined supply and demand shock. With the substantial job losses seen across all affected economies and ongoing heightened uncertainty, demand has now also likely fallen.”

“ Consumers are saving rather than spending (at least, those who remain in employment) and businesses are choosing not to invest or are being forced to release employees,” it says, while noting behavioural change and scarring effects on the part of households and firms are likely to exacerbate the demand-side impacts.

The dual hit to supply and demand means that the downturn is likely to be more severe and the recovery more protracted, with a U-shaped recovery now the most plausible outcome.

“ It is most crucial, however, to avoid an L-shaped scenario, which would result in a severe and prolonged economic downturn and a significant worsening of living standards,” it says.

Another caveat to the department’s analysis centres on the fact that GDP is a crude barometer of activity here as it includes multinational payments and profits that swoosh back and forth without really affecting the livelihoods of many workers.

A more accurate measure is modified domestic demand, a measure of domestic activity that strips out these factors, and this is projected to contract by 15 per cent under the department’s central assumption, involving the lifting of restriction earlier rather than later.

That’s probably the most relevant forecast as it captures the likely reversal in basic circumstances here. The department doesn’t include forecasts for contraction in this variable if the other two scenarios play out.

The Minister for Finance Paschal Donohoe emphasised yesterday that the current crisis was a health one and not related to any inherent macroeconomic imbalance at the heart of the Irish economy.

It’s a double-edged observation. While it gives rise to hopes of a return of normal once the disease is contained, it reinforces the notion that the outlook is completely dependent on the path of the virus.