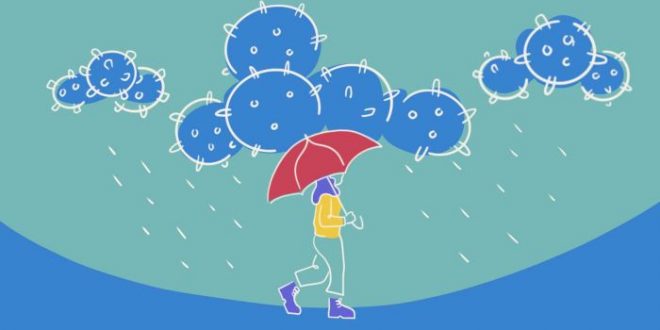 Creative projects to self-improvement: How Generation COVID is adapting to life in a pandemic

It was during a video catch-up with friends that Amsha became aware there was an elephant in the virtual room.

Despite the constant reminders that ‘we’re all this together’, Amsha found she and her friends were still avoiding honest conversations about their fears and anxieties.

“It was surface level,” Amsha said.

“We’d ask ‘how are you?’ and all that, but no-one wanted to open up and discuss any anxieties … we just didn’t talk about how we were feeling.”

The 21-year-old values her friendships, but she knew at this point that she would need professional help to get through the psychological superstorm that COVID-19 had blown in.

“During corona there has been a flood of posts about ‘it’s OK not to be OK’ but that honesty is far easier online … it never even occurred to me to say ‘I’m feeling anxious, is anyone else?'”

Dubbed Generation COVID, young Australians have been disproportionately impacted by not only pandemic-induced job losses, but also the serious mental health issues that arise when the world shuts down.

Even before the pandemic, research showed many young people struggle with loneliness and isolation.

“Often the stereotype is the opposite, that loneliness is something affecting older people living alone … what the population data shows is that actually it’s young people who are the most lonely,” clinical psychologist Tegan Cruwys told the ABC.

For many young people, COVID-19 has upended their lives at a pivotal moment when they are transitioning into adulthood, she said.

“There are a lot of question marks around all of those important milestones and markers that we have for that transition, and whether they’ll be possible this year.”

Five young Australians have spoken candidly to the ABC about the anxiety they felt when faced with dead-ends, and how they’re adapting to life in a pandemic — and the uncertainty that’s ahead.

Varsha Yajman was just two weeks into her first year of an Arts/Law degree at the University of Sydney when COVID-19 forced her to take her studies online.

Instead of commuting from her family home into uni each day, Varsha has spent the past three months at home on the NSW central coast, where lots of her friends have also returned.

“It kind of felt like you were just in this hole of really negative news all the time, and then not able to see anybody to get out of that bubble.”

Working part-time at her local supermarket, Varsha said she was grateful to pick up extra shifts during lockdown, especially when so many young people were losing their jobs.

But even with the distraction of work and uni, she realised for the good of her mental health she needed to take a break from spending time online.

“It came down to just taking a walk everyday.”

But Varsha said her relationship with social media is complicated — for all its faults, it’s also how she’s managed to stay connected with friends.

“We’re all a bit lonely sometimes,” she said. “Although it can be negative, it does have a great impact in connecting you with people you don’t usually talk to.”

She added that in recent months, seeing so many young people get involved in activism on social media had instilled her with hope.

“Seeing my friends, seeing people I used to go to school with standing up and speaking about things that they’re passionate about has been really amazing.”

The Melbourne-based youth worker and university student has gone from working with young people in schools and the community to running workshops entirely online.

He said a major part of the last few months has been helping teenagers and young adults develop new ways to take care of their mental health.

“I think a lot of young people have been really struggling with what they could do and who they could talk to.”

For Emmett, keeping fit and having a creative outlet has been essential: “I really threw myself into exercise when lockdown happened.”

Emmett also noticed as COVID restrictions came into place a lot of his friends were trying their hand at something new, be it baking or learning how to play music.

“So I started a project where I just got a bunch of different people who were learning new instruments or trying something out to send me little samples or clips, and I’ve been working on putting them altogether,” he said.

Like many people, the most challenging part of COVID restrictions for Emmett is not being able to see people.

While he said he’s lucky to have close relationships with his housemates, he misses meeting new people and participating in the community.

“I don’t find myself in situations where I get to meet someone or start a conversation with someone I’ve never met before,” he said.

“I can’t wait until however many months in the future, we can go to a party again, and just see lots of people.”

‘Self-improvement got me through’

Oliver Levi-Malouf, or Etcetera Etcetera as some know them, said COVID-19 was the catalyst for an “existential crisis” and some serious second-guessing about whether their chosen career in the creative arts really even mattered.

The 22-year-old Sydneysider who works as a freelance drag performer said they went into “full blown panic mode” when the nation was locked down in March and knew their anxiety disorder would flare up.

“I went from working seven days a week to having nothing in my immediate future within 48 hours,” they said.

While the financial uncertainty and isolation from the queer community was destabilising, it was what followed that was really “insidious”.

Oliver said they experienced a deep sense of loss for the way life was and worried the safe nightlife spaces they worked and socialised in wouldn’t survive a pandemic.

Adding to this mental weight was the feeling of low worth that came with all the talk of ‘essential’ and ‘non-essential’ workers.

“I felt that language was really damaging — it made a lot of people feel what they were doing wasn’t important.”

“If you’re looking at it from a capitalist revenue perspective of what’s going to keep the economy running, you’re going to get a very different answer to what’s essential or non-essential than if you look at it from a humanitarian perspective.”

Oliver said they tried to pour time and energy into a multitude of things to find purpose; from doing online drag shows and makeup tutorials, to creating an online series which gave voices to transgender and Indigenous artists.

But in the end, what helped Oliver the most, was putting time into figuring out who they are and who they want to be.

“I definitely feel re-centering, focusing on self-improvement and the person I want to be was what has got me through this. It was the one thing I could rely on even when everything else was shut down or I was isolated.”

Although Oliver is “very optimistic” about the future, seeing it as a chance to rebuild society in a more equitable way, anxiety is always present.

“I’m now performing again which is great but I’m still performing in a pandemic and with a weak immune system, that’s risky.”

Focusing on the present

Before COVID-19 struck, Nicole Scott, 25, was doing all the things we’re encouraged to do to keep our mental health in good shape.

“I relied a lot on exercise, going out, seeing friends, volunteering, that kind of thing,” she said.

Having only recently begun studying full time at university, Nicole had to quickly adapt to online learning from her home in Geelong, Victoria, where she lives with her Mum and sister.

“We didn’t have WiFi at home, so even thinking about how we were going to afford for me to be able to access the material and still complete my course … was quite a big stressor,” she said.

Then there was figuring out how to manage her anxiety when so many of her normal coping strategies were off limits.

“I was and still am a little bit afraid about how I’m managing my mental health and if the more severe symptoms of anxiety that I was experiencing before … will come back.”

“Some days I feel quite hopeful,” she said. “But some days, I’m dealing and managing with [my] mental health … where I just don’t want to leave bed, where I don’t want to speak to anyone.”

Trying to focus on the present and not to think too much about the future helps, as does creating a routine, she said.

“With the type of anxiety I experience, I can catastrophize, so I really focus on how to ground myself and do yoga and breathing.”

The most important thing she has learnt is to be gentle with herself.

“It’s OK if we’re feeling anxious, uncertain, if we’re not doing the things we thought we’d be doing or achieving our goals,” Nicole said.

“Just being able to get through the day … I think that’s what’s most important.”

For Amsha in Perth, lockdown was initially a welcome chance to spend more time with family and enjoy the simple pleasures, but soon it didn’t seem so rosy.

The 21-year-old noticed her anxiety was spiralling the further she got into her last semester of her psychology degree.

“As study got more intense I realised my symptoms were getting a bit worse … I was not only concerned about graduating but also wondering ‘would I even have employment prospects?’

“My anxiety was all to do with the uncertainty.”

She took the step of seeking out a holistic psychologist, which she describes as someone who focuses on body, mind and spirit, after finding clinical psychology wasn’t really suited to her.

She said she had no hesitation in getting mental health support, after all, why should she?

Through her new psychologist, she is working on meditating, which she feels is the one thing that’s helped her the most through COVID-19.

“I went from meditating three times a week to twice a day and it really helped me become more compassionate to myself and others … especially at times of high stress in the house … my parents were also trying to work from home so it could get frustrating.”

Amsha’s also now journaling which she says is a simple way to immediately feel gratitude and acknowledge what’s going right in her life.

“The biggest way COVID has changed me as a person is through opening my eyes to the little things I’m lucky to have … even something small like WiFi.”

She said it might just be a “millennial view” to hold, but the way the world has embraced online services hopefully means doors will still open for Amsha as she tries to start her career in psychology.

Previous Trump wears mask in public for 1st time in COVID-19 pandemic
Next ‘Bizarre, crazy and beyond belief’ -19 and his hopes for US Open