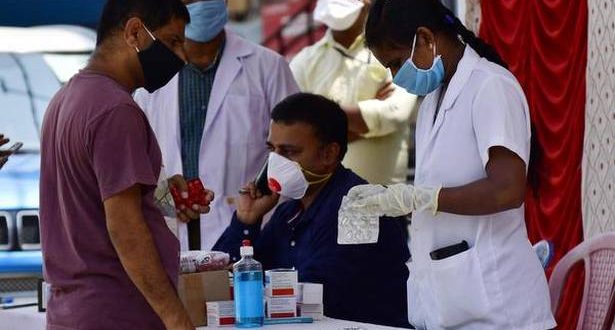 In the past two weeks, 90,986 new COVID-19 cases were recorded in India. Four States – Maharashtra, Tamil Nadu, Delhi and Gujarat – continued to record a large bulk (70%) of the cases.

The charts show the number of weekly cases and deaths between January 30 and June 2. The darker the colour of the rectangle, the more the cases/deaths that week.

In the past three weeks, Madhya Pradesh, Uttar Pradesh, and Rajasthan have consistently recorded more than 1,000 cases every week. A similar trend was seen in the past two weeks in Bihar and for past one week in Karnataka, Haryana and the north-eastern States (mostly in Assam).

A slight uptick of cases was also seen in Odisha, A.P., J&K and Telangana in the past week.

M.P., U.P., & T.N. recorded more than 50 new deaths in the last week. Telangana and Bihar too recorded a significant uptick in new deaths.

The upticks were also seen in some districts which recorded a very low number just 10 days back. For instance, Cooch Behar (West Bengal) went from zero cases in May 23 to 149 cases in June 2. Bharatpur (Rajasthan) 135 to 385 cases; Jhalawar (Rajasthan) 59 to 302 cases; Dehradun (Uttarakhand) went from 56 to 268 cases.

Note: West Bengal was inadvertantly left out of the analysis

A letter from the Editor

We have been keeping you up-to-date with information on the developments in India and the world that have a bearing on our health and wellbeing, our lives and livelihoods, during these difficult times. To enable wide dissemination of news that is in public interest, we have increased the number of articles that can be read free, and extended free trial periods. However, we have a request for those who can afford to subscribe: please do. As we fight disinformation and misinformation, and keep apace with the happenings, we need to commit greater resources to news gathering operations. We promise to deliver quality journalism that stays away from vested interest and political propaganda.