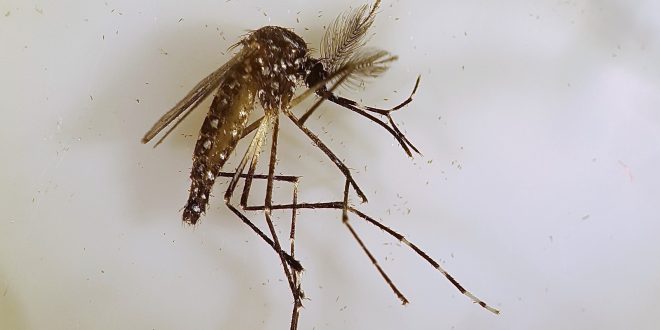 A scientific trial aiming to eradicate deadly disease-spreading mosquitoes has successfully reduced their numbers by 80 percent, according to a news release issued by the Commonwealth Scientific and Industrial Research Organisation (CSIRO), an independent Australian federal government agency responsible for scientific research.

Heralded as a landmark trial, it involved an international partnership between scientists at Verily and James Cook University and CSIRO which began in November 2017, with millions of non-biting male Aedes aegypti being sterilized with a natural bacteria, Wolbachia. Scientists then released them in trial zones along the coast of North Queensland so they could mate with local female mosquitoes. The result was eggs that didn’t hatch … which has lead to a significant reduction in the mosquito population.

According to Dr. Rob Grenfell, CSIRO director of health and biosecurity, the results of the trial represent a major win in the battle against these devastatingly dangerous disease-spreading mosquitoes.

He said that rising temperatures and increased urbanization meant more people were at risk from this particular mozzie that is already responsible for infecting millions of people with diseases like Zika, dengue fever, and chikungunya every year.

The Aedes aegypti, as well as the Anopheles and Culex mosquitoes, are the three most deadly mosquitoes in the world, and responsible for transmitting about 17 percent of infectious diseases globally.

The challenge in making the sterile insect technique work to eradicate disease-spreading mosquitoes was threefold. Scientists needed to be able to:

Addressing these challenges, Verily, which is an affiliate of  Alphabet Inc., Google’s parent company, developed technology that could rear and sex mosquitoes. Part of its global Debug Project, it has succeeded in strongly suppressing the very dangerous biting female Aedes aegypti mosquitoes from a tropical environment where they would normally thrive.

The millions of mozzies required for the trial were reared at James Cook University in Cairns. Then scientists compared numbers in control zones and release sites to monitor and track Aedes aegypti mosquito populations.

According to Dr. Kyran Staunton from James Cook University:

Verily’s technology enabled us to do the sex-sorting faster and with higher accuracy. We learnt a lot from collaborating on this first tropical trial and we’re excited to see how this approach might be applied in other regions where Aedes aegypti poses a threat to life and health.

CSIRO CEO Dr. Larry Marshall said it was the Organisation’s vision for Australia to become one of the healthiest nations on earth.

By enabling industry partners like Verily to leverage the world-leading health capability we have built in CSIRO we can deliver this moonshot and tackle some of the world’s most wicked challenges with science.

Penny Swift is an experienced journalist who has worked on daily and Sunday newspapers in several parts of the world. Her specialties include news, investigative writing, consumer, health, and medical spheres. She has written more than 40 non-fiction books mostly about construction and home-related topics, as well as decorating and landscaping.
Previous Why You Should Drink Coffee Before Exercise
Next Jomo Sono: Character Assassination or Financial Abuse?