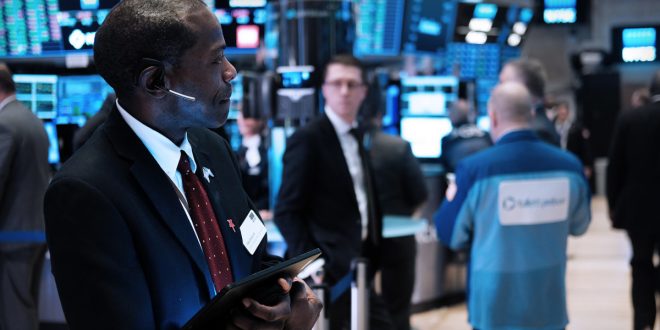 Here are five things you must know for Wednesday, Feb. 26:

Stock futures turned higher Wednesday following the worst four-day selloff on Wall Street since December 2018 after warnings from health officials that the coronavirus likely will spread to the United States.

The S&P 500 has lost 7.6% in the last four days after hitting a record high a week ago. The declines have led to $2.14 trillion in losses, according to S&P Global.

The Centers for Disease Control and Prevention said Tuesday that Americans should be prepared for the disease to spread in the United States.

The advice followed similar warnings from the World Health Organization, which urged countries to step up their defense systems as the number of global infections rose past 81,000 and the death toll reached 2,762 – including more than 50 outside of China, where the virus was first identified in late 2019.

The economic calendar in the U.S. Wednesday include New Home Sales for January at 10 a.m. ET and Oil Inventories for the week ended Feb. 21 at 10:30 a.m.

Walt Disney (DIS) – Get Report CEO Bog Iger stepped down Tuesday and Bob Chapek, who has led Disney Parks, Experiences and Products since 2018, was named as Iger’s successor.

Iger, who last year said he planned to resign in 2021, becomes executive chairman of Disney and will “direct the company’s creative endeavors,” the media and entertainment giant said.

“The company has gotten larger and more complex,” Iger said during a conference call with analysts. “I should be spending as much time as possible on the creative side of our businesses.”

As for the decision to choose Chapek, Susan Arnold, independent lead director on the board, said the directors have been “actively engaged in succession planning for the past several years, and after consideration of internal and external candidates, we unanimously elected” Chapek as CEO.

Iger’s announcement caught many inside and outside of Disney by surprise.

“No one knew this was coming,” one senior Disney executive told The Wall Street Journal.

Salesforce.com (CRM) – Get Report was falling 3.18% to $175.50 in premarket trading Wednesday after announcing that co-CEO Keith Block was stepping down.

The announcement that Block was leaving the company – he assumed the co-CEO post alongside Benioff in August 2018 – came as a surprise given that many observers of Salesforce viewed him as a successor to Benioff, who co-founded the company 21 years ago.

On a call with shareholders, Benioff said that Block’s departure wouldn’t cause any interruption in the company’s business execution this year. Block will remain as an adviser to Benioff, the company said in a press release.

“When you look at our total management team that Keith and I have built … I think it is the finest management team in the software industry and maybe any industry,” said Benioff.

“As for the stock, while Block’s departure may raise questions about keyman risk at the company, we note the bench is deep with COO Bret Taylor and Adam Selipsky, chief of Tableau, which CRM recently bought,” said Jim Cramer and the Action Alerts PLUS team, which owns Salesforce in its portfolio.

In its fourth-quarter earnings report, which was released alongside the news of Block’s departure, Salesforce posted better-than-expected revenue and raised its first-quarter sales guidance. It also announced that it acquired Vlocity for $1.33 billion.

Tesla (TSLA) – Get Report and Japanese electronics maker Panasonic have ended their partnership to produce solar cells after years of struggling to ramp up output at the Gigafactory 2 in upstate New York, the Nikkei Asian Review reported.

Tesla reportedly has been using solar cells from other manufacturers in its solar roof tiles.

The companies formed a joint venture to manufacture solar cells at the plant in Buffalo, New York, in 2016.

Tesla and Panasonic plan to continue working together on automotive batteries for Tesla’s electric vehicles, the Nikkei reported.