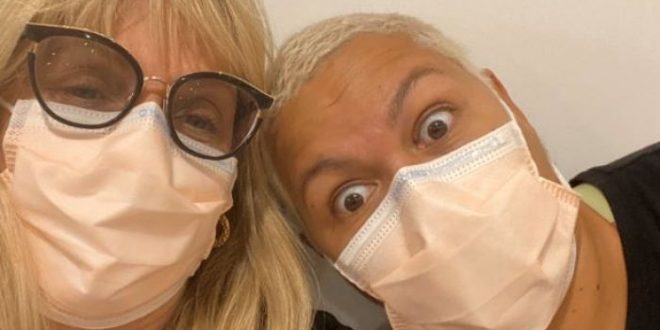 A woman from Noosaville has become the first Queensland person to die from coronavirus.

Queensland Health said the 77-year-old became ill during a flight to Sydney on Friday and died shortly afterwards.

Authorities said it was likely she became infected after coming into contact with her daughter who recently returned to Australia from San Francisco.

Queensland has recorded at least 61 cases of coronavirus.

Lockdown measures in force from today require travellers from overseas to self-isolate for 14 days.

Police will conduct random police checks on those people, with failing to comply risking a fine of $13,000.

Many schools sent letters to concerned parents assuring them necessary steps would be taken combat the spread of the virus.

The council is expected to keep services and facilities running until the State Government declares it unsafe.

“If there is any change to that, we will let the public know as soon as possible,” Mr Schrinner said.

“The minute it becomes unsafe, we will close those facilities down.”

Prisoner advocate Debbie Kilroy has revealed she and artist and activist Boneta-Marie Mabo have both tested positive for COVID-19.

Writing on Twitter, she said they were on the same flight as Home Affairs Minister Peter Dutton, who remains in hospital after being diagnosed with coronavirus on Friday.

“Tests came back for COVID-19 and [Ms Mabo] and I have the virus,” she wrote.

“We are not being hospitalised as there [are] limited beds.

“Yes, it’s frightening but I’m healthy and should be fine after 14 days.

“Take care of yourselves.”

On the Gold Coast, an eight-year-old girl is in hospital after also being diagnosed with coronavirus.

Meanwhile, the growing number of coronavirus cases in Queensland has caused concern for taxi drivers.

Australian Taxi Industry Association CEO Blair Davies said the outbreak would have a dramatic impact on the industry.

“Our cab drivers simply reflect the concern that’s out there in the community and we need to make sure that when we are providing these services, that our drivers stay safe in the process,” Mr Davies said.

“We’d encourage anybody who thinks they might be suffering from COVID-19 to have as much distance between themselves and the driver and other passengers as possible.

“From the taxi industries point of view, we will be issuing antibacterial wipes to our drivers to make sure that the cabs stay clean.

“It’s going to be very tough times for the taxi industry as we are often the last leg of most people’s trips.”