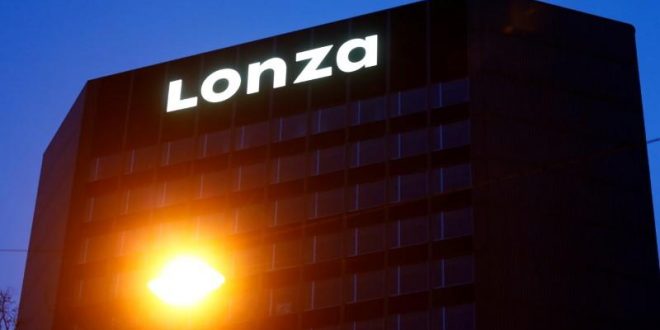 Lonza, which hopes to make smaller batches of active ingredients for the U.S. biotechnology company’s experimental vaccine by July, now aims to finish a commercial production line in Portsmouth, New Hampshire, a month or so earlier than its original December 2020 target, Albert Baehny told Reuters.

A second commercial line, at Lonza’s site in Visp, Switzerland, had been slated for completion in January or February 2021 but now could be ready in December, he added.

Moderna, which enlisted Lonza in May in a 10-year manufacturing contract, is racing with 100-plus other vaccine projects, having last week dosed initial participants in a 600-patient study.

With accelerated deadlines, Lonza hopes to be ready to make vaccine ingredients quickly, should Moderna’s candidate pass muster with regulators.

“Four to six weeks would be remarkable, if we can gain this time,” Baehny, also Lonza’s interim CEO, said during a video interview. “We know the technology, we feel comfortable with the manufacturing steps. If we can accelerate, let’s do it. This is pandemic speed.”

He acknowledged potential bottlenecks, including hiring 60-70 employees to run each production line, availability of contractors and possible shortages of equipment like fermentation gear, could slow things down.

Lonza is financing the first $60-$70 million commercial production line in Visp, he said.

Moderna, flush with $483 million from the U.S. government and $1 billion-plus in fresh capital, is paying for the first U.S. production line, and up to three more at Lonza facilities in Portsmouth and Visp, Baehny said.

Combined capacity could produce ingredients for 600 million to 1 billion vaccine doses annually, he said, depending on the size of the dose needed.

Moderna’s vaccine is based on so-called messenger RNA (mRNA) technology, which instructs human cells to make specific coronavirus proteins that produce an immune response. The approach has yet to be approved in any medicine, so Moderna is treading uncharted territory.

Lonza’s Baehny said an mRNA facility has advantages, being generally smaller, cheaper and faster to scale up than traditional biological production lines. But making ingredients for a vaccine like Moderna’s is also very specialized, he said, requiring production of mRNA, then encapsulating it inside lipid nanoparticles for delivery to humans.

Baehny said he is optimistic for Moderna’s vaccine, but that facilities being built can be used for new Lonza projects with the U.S. company should this one fall short.

“We feel confident that if the vaccine does not work, we can use these assets for other mRNA-based projects,” he said. “This is the advantage of this deal with Moderna for us.”