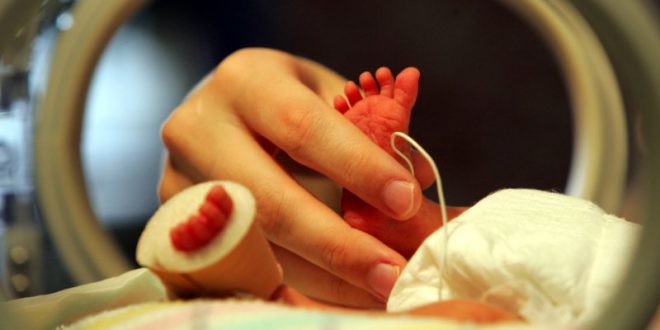 There is cautious excitement about a reported dramatic drop in the numbers of early preterm babies born during COVID-19 in Ireland and Denmark.

While no explanation is available and results need replicating, there is plenty of speculation about the possible causes.

Independent of each other, doctors in the two countries published scientific papers documenting this phenomenon. Then others came forward with similar anecdotal reports.

The two papers have been posted on the preprint server medRxiv and have not yet been peer reviewed.

Early preterm babies, born before 32 weeks, are at the greatest risk of vision and hearing problems, cerebral palsy and death.

Their premature birth is usually driven by biological issues rather than early medical intervention.

While some have speculated that the pandemic would likely cause pregnant women more anxiety and stress, some say it likely causes less because of the advantages of being at home.

At home, women may get more rest, have more sleep and more family support. While they avoid the stress of commuting and of workplace dynamics, they may also reduce the risk of exposure to general bacterial and viral infections in crowds.

There is also a suggestion the drop in road traffic and the associated drop in air pollution, could be factor.

But conditions for pregnant women during the pandemic vary across the globe in terms of safety, financial security and available health services.

In Australia, where 1.5 per cent of births are very premature, experts are cautious about the findings.

“It would extraordinary if the described reduction had occurred,” says John Newnham, Professor of Obstetrics at the University of Western Australia and a world authority in the prevention of preterm birth.

“Such a quantum leap would be a major advance and may have been discovered by accident.

“But these results need to be replicated because very early preterm births have been stable over the last decades.

“The first explanation to be excluded is whether pregnant women have gone to a closer hospital because of the lockdown,” says Newnham, who was nominated Senior Australian of the Year for 2020, and who founded and chairs the Australian Preterm Birth Prevention Alliance.

“Chronic stress as a cause of preterm labour has been on the list for 40 years and we have never been able to prove it, although it is definitely a possibility

“But to put that as a hypothesis you would need hard evidence because the consequences are significant and go in the opposite direction of contemporary society,” he says.

The Irish study, conducted at the University Maternity Hospital Limerick, compared birth weights between January and April this year with birth weights in every year since 2001 during the same period.

There should have been at least a few very premature babies this year, but there were none.

In Denmark, doctors compared births nationwide during a month of strict lockdown with births during the same month in the previous five years.

During the lockdown the rate of babies born before 28 weeks dropped by 90 percent.

Together, the Danish and Irish researchers are now establishing an international collaboration to determine how the pandemic affects early births.

Jill Margo is the health editor. She writes about medicine and health from the Sydney office. Jill has won multiple prizes, including two Walkley Awards and is an adjunct associate professor of the University of NSW, Sydney. Connect with Jill on Twitter. Email Jill at jmargo@afr.com

Previous Face masks: Here’s how they work in reducing the spread of COVID-19
Next Three simple acts can stop Covid-19 outbreaks, study finds