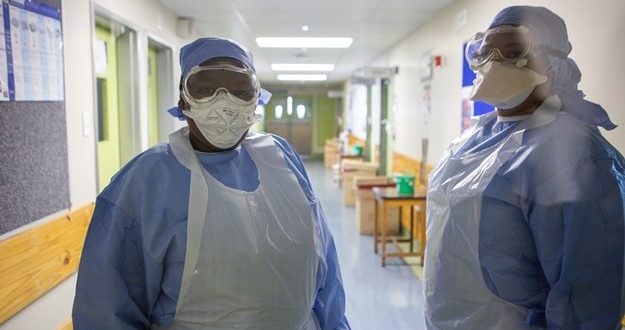 As the number of novel coronavirus (Covid-19) cases in South Africa reaches 202, four people in quarantine at Durban’s Addington Hospital, who want to self-isolate because they have no symptoms, have instituted legal action because they want to go home.

“At this point, we have written a letter to the hospital and to the MEC’s office, demanding their release,” said attorney Mark Futcher, from Futcher and Poppesqou Attorneys.

Their primary complaint is that they feel they are being treated inconsistently because more than 100 patients in South Africa who tested positive are at home or in some form of self-quarantine.

Futcher did not want to provide background details on his four clients, but IOL reported that they were among a group of 10 people who arrived from Italy in March.

A man in the tour group was the first to test positive in South Africa and his wife and some others in the group followed suit.

Department won’t be ‘held to ransom’

Italy has been described as the new epicentre of the virus’s spread after China (81 174 cases), with 35 713 cases according to the Novel Corona Virus Situation update on the World Health Organisation‘s website on Friday morning.

He was told that officials from the National Institute for Communicable Diseases (NICD) recommended their release to self-quarantine at home.

Futcher said they report that they are being treated well, but want to be self-isolated in their own environment and free up the four beds in an eight-bed unit they are using.

“And for some unknown reason, the MEC’s office is blocking their release,” he said.

KwaZulu-Natal Health MEC Nomagugu Simelane-Zulu said in a statement that the department would not be “held to ransom” by anybody seeking special treatment.

“We have an obligation to follow all clinical management protocols for confirmed cases,” Simelane-Zulu said.

“The National Health Act makes it very clear that if any person who is a clinical or laboratory confirmed case, refuses to be tested, treated, isolated or quarantined, the head of a provincial heath department is empowered to approach the High Court for an appropriate court order to force the person to comply.

“If we get pushed, we will not hesitate to go the legal route to safeguard the interests of the public.”

According to regulations gazetted, following President Cyril Ramaphosa’s declaration of a national disaster last Sunday, anyone who tests positive for Covid-19, or is suspected of having Covid-19 or who has been in contact with someone who is infected with the virus, may not refuse to be admitted for a medical examination or into a medical facility.

They also cannot refuse treatment or quarantine in a bid to prevent the spread of the virus.

A warrant in this regard can be issued by a magistrate.

The Gauteng health department has already taken this route after a mother and daughter refused to be quarantined after testing positive for the virus.

Futcher contends that not allowing them to go home is inconsistent with other positive test cases.

Futcher is waiting for further instructions from his clients and might approach a court next week.