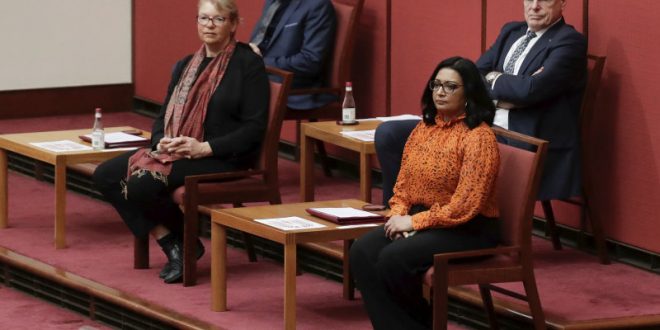 Two Greens Senators Janet Rice and Mehreen Faruqi also attended the protests but decided to remain in Parliament without getting tested, citing advice from Deputy Chief Medical Officer Nick Coatsworth they should only do so if they develop symptoms.

“People with symptoms should get themselves tested. That is absolutely critical,” Mr Coatsworth said on Monday, stopping short of backing calls by the Australian Medical Association for protesters to self-isolate.

The government has always maintained people who attended the protests should follow the expert medical advice. Labor took the step of ejecting its MPs following concerns raised by Speaker Tony Smith.

Seven new coronavirus cases were recorded across Australia on Wednesday – three in NSW and four in Victoria – bringing the total to 7274 cases nationally.

Globally, coronavirus cases grew to 7.24 million with the United States close to topping 2 million confirmed cases, more than double the next highest country, Brazil, on about 740,000 cases. The total number of coronavirus deaths globally now stands at 411,260.

“The World Health Organisation has acknowledged the rate of growth is accelerating in many parts of the developing world,” Health Minister Greg Hunt said.

“We see in Latin America and in the Middle East, we see in eastern Europe and south Asia, of particular concern, numbers growing.”

Mr Hunt said almost three quarters of Australian cases had come from overseas and the government was monitoring fallout from the weekend’s protests.

“The number of cases in the general community is down to zero-to-a small number on any one day,” he said. “We have to wait and see, as a result of the mass gatherings, what the impact will be.”

Previous “Lt Governor’s Orders To Be Followed”: Arvind Kejriwal Amid Hospitals Row
Next Issue of face masks has been tricky from the start