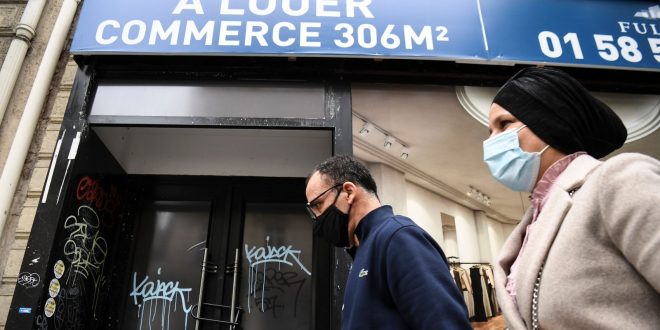 The French government is considering whether to end emergency health measures imposed to tackle the Covid-19 pandemic on 10 July, the Prime Minister’s department said today.

Prime Minister Edouard Philippe’s office said the possible date of 10 July was one of several options being examined at present.

France has eased many of its earlier, strict lockdown measures as data has shown signs that the virus may be fading away in the country, with shops, holiday resorts and tourist attractions slowly re-opening.

Nevertheless, the public is still being encouraged to wear face masks when outside, and to maintain distances of at least one metre apart from one another, while most employees are continuing to work from home rather than the office.

Official data published yesterday showed that France’s coronavirus death toll had risen by 87 to 29,296. This marked the highest daily toll since 2 June, but remained under 100 for the seventh day in a row.

The World Health Organization has told Pakistan it should implement “intermittent” lockdowns to counter a surge in coronavirus infections that has come as the country loosens restrictions, officials said.

Since the start of Pakistan’s outbreak in March, Prime Minister Imran Khan opposed a nationwide lockdown of the sort seen elsewhere, arguing the impoverished country could not afford it.

Instead, Pakistan’s four provinces ordered a patchwork of closures, but last week Khan said most of these restrictions would be lifted.

Health officials today declared a record number of new cases in the past 24 hours. The country has now confirmed a total of more than 113,000 cases and 2,200 deaths – though with testing still limited, real rates are thought to be much higher.

“As of today, Pakistan does not meet any of the pre-requisite conditions for opening the lockdown”, the WHO said in a letter confirmed by Pakistan officials yesterday.

Many people have not adopted behavioural changes such as social distancing and frequent hand-washing, meaning “difficult” decisions will be required including “intermittent lockdowns” in targeted areas, the letter states.

Some 25% of tests in Pakistan come back positive for Covid-19, the WHO said, indicating high levels of infection in the general population.

The health body recommended an intermittent lockdown cycle of two weeks on, two weeks off.

Responding to the WHO’s letter, Zafar Mirza, the prime minister’s special advisor for health, said the country had “consciously but gradually” eased lockdowns while enforcing guidelines in shops, mosques and public transport.

“We have to make tough policy choices to strike a balance between lives and livelihoods,” Mr Mirza said today.

Hospitals across Pakistan say they are at or near capacity, and some are turning Covid-19 patients away.

WHO Director-General Tedros Adhanom Ghebreyesus said on Monday that 136,000 cases had been reported in the previous 24 hours, “the most in a single day so far”, with the majority of them in South Asia and the Americas.

Hungary and Croatia will lift restrictions on cross-border travel from Friday as the novel coronavirus pandemic has subsided and remains under control in both countries, Hungarian foreign minister Peter Szijjarto has said.

Mr Szijjarto said in a Facebook video that previous border openings with Austria, Slovakia, Serbia, Slovenia and the Czech Republic had not caused a spike in new cases.

Hungary has had a relatively modest infection rate, largely thanks to an early and strict lockdown. As of today, out of a population of 10 million, it had registered 4,027 infections, including 551 deaths, 2,355 recoveries and 1,121 active cases.

Meanwhile, at least three people died during a protest by hundreds of demonstrators in the Democratic Republic of Congo capital against the coronavirus lockdown closure of the city’s main market, officials and witnesses said.

Police said they fired warning shots to disperse the protesters who gathered at the site yesterday to demand the reopening of the Kinshasa market, AFP reporters said.

Several of the demonstrators said at least one person was killed by gunfire.

A spokesman for the Kinshasa provincial government said two people were electrocuted while another was crushed to death by the fleeing crowd after “trouble by people pretending to be trade unionists” from the market.

The Democratic Republic of Congo has suffered 90 deaths from the new coronavirus from 4,359 cases, including 3,864 in Kinshasa.

DRC President Felix Tshisekedi ordered the state of emergency on 24 March, which has been extended several times by a vote in parliament.

Under the measure, borders, schools, places of worship, bars and restaurants are all closed, and gatherings of more than 20 people are banned.

In Russia a plant will recall a model of medical ventilators that was linked to two deadly hospital fires, the RIA news agency has reported,citing the plant’s press service.

The Urals Instrument Engineering Plant (UPZ) in the region of Sverdlovsk where the Aventa-M ventilators were made said it would conduct additional inspections and tests.

Russia suspended the use of some Aventa-M ventilators in May.

Previous Covid-19 recovery brings its own challenges
Next “Lt Governor’s Orders To Be Followed”: Arvind Kejriwal Amid Hospitals Row