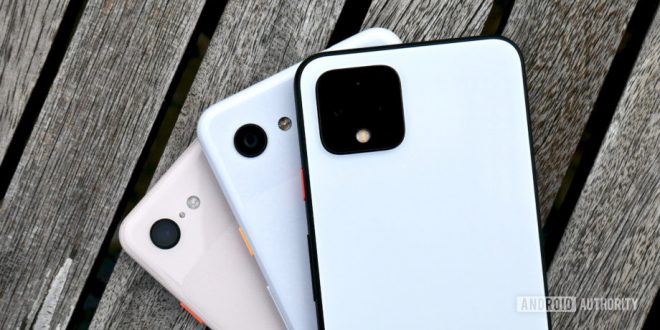 XDA-Developers has spotted and enabled a new gesture system code-named “Columbus” in the Android 11 developer preview for Pixel phones. The system allows you to make a double-tap gesture on the back of a Pixel phone to control various functions.

According to the outlet, the double-tap gesture allows you to dismiss timers, snooze alarms, launch the camera/Google Assistant, play or pause media, collapse the status bar, silence incoming calls, unpin notifications, and start a “user selected action.” Check out a GIF of the feature below, courtesy of XDA.

Google is apparently implementing several measures to prevent accidental activation of the feature, taking charging status and other factors into account. The outlet also noted a reference to gesture training associated with the Settings app, suggesting a setup process for the feature.

How Motion Sense works on the Pixel 4

Android Authority’s Pixel 4 content is brought to you by MNML Case, makers of the world’s thinnest phone case. Save 25% on your Pixel 4 or Pixel 4 XL case using the discount code AAPixel4. One …

Best of all, the double-tap gesture is confirmed to work on older Pixels in addition to the Pixel 4 series. So Google is likely using the accelerometer and gyroscope to enable this feature rather than exotic hardware like Motion Sense. This theoretically means Google could bring the finished feature to other Android phones in general, but it’s probably a Pixel-exclusive capability for now.

We’re glad to see another shortcut system come to Android phones in any event, following in the footsteps of fingerprint scanner gestures, Active Edge squeezes, and the standard hardware button (e.g. Google Assistant key). But we hope Google follows through with allowing users to remap the feature.