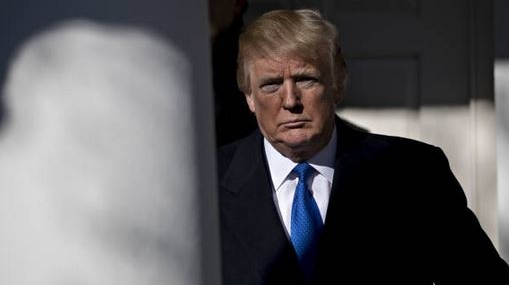 General practitioners (GPs) and pharmacists have been warned against prescribing certain antibiotics which had been touted by US president Donald Trump for the treatment of Covid-19.

Letters have been issued to GPs stating that there is “insufficient evidence to recommend” systematic use of hydroxychloroquine and the antibiotic azithromycin for the illness, and that this should not be offered for the management of coronavirus patients in the home.

Mr Trump caused controversy when he said these medications, when taken together, “have a real chance to be one of the biggest game-changers in the history of medicine”.

He added that the drugs should be used “immediately” to treat the illness despite the fact that the treatment was unproven, and claimed azithromycin “will kill certain things that you don’t want living within your body”.

While hydroxychloroquine is used to treat malaria and autoimmune disorders, azithromycin is often used to treat sexually transmitted diseases.

In a letter which was issued to pharmacists, Prof Michael Barry, national clinical lead with the Medicines Management Programme, warns that there is “insufficient evidence” to recommend the systematic use of these two medications for the treatment of Covid-19.

The letter states that prescribing of antivirals for the management of patients with confirmed Covid-19 should be restricted to hospitals only, and that azithromycin should only be prescribed for hospital inpatients.

Such prescriptions “should not be offered in the community for the management of patients with Covid-19 in the home”.

In his letter Prof Barry states that azithromycin is a “valuable antibiotic” when used appropriately in the community setting. He also says it is prescribed in the community to some patients with respiratory conditions such as chronic obstructive pulmonary disease following initiation in a hospital setting.

Prof Didier Raoult, a French virologist who heads the Mediterranean infectious and tropical disease institute in Marseille, was one of the first to conduct an experiment with the drugs.

On March 20th, Mr Trump wrongly claimed in a White House press briefing that the US Food and Drug Administration had approved what he called “the very powerful” drug chloroquine to treat Covid-19.

Mr Trump was corrected by Dr Anthony Fauci, head of the National Institute of Allergy and Infectious Diseases and a pillar of the fight against coronavirus.

The federal agency led by Dr Fauci issued guidelines this week that stated there was no proven drug for treating coronavirus patients.

Furthermore a small study in Brazil was halted early for safety reasons after coronavirus patients taking a higher dose of chloroquine, which is closely related to hydroxychloroquine, developed irregular heart rates that increased their risk of a potentially fatal heart arrhythmia.

“I just think….what do you have to lose?” he said of the drug that has not yet been approved to treat Covid-19.

He continued: “What do I know, I’m not a doctor… but I have common sense.”

He noted that the government had purchased and stockpiled 29 million pills of hydroxychloroquine.

Asked why he was promoting the medicine, he said: “I’ve seen people who are going to die without it … what really do we have to lose? I am not acting as a doctor, I’m saying, do what you want. I’d love to go to a laboratory for a number of years …we don’t have time.”