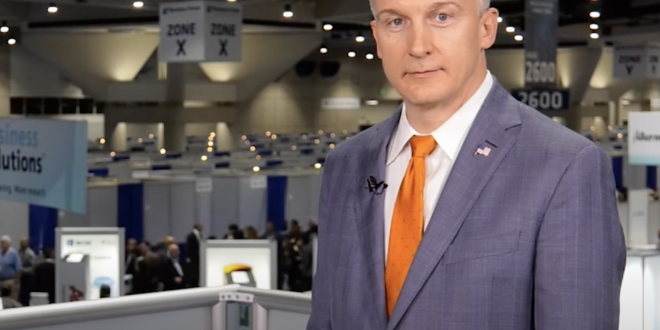 HHS ousts vaccine expert who pushed back on COVID-19 treatment

The former director of the agency involved in developing a vaccine for COVID-19 said he was removed after he pushed to vet and to limit drug treatments often touted by President Trump, the use of chloroquine and hydroxychloroquine. “Specifically, and contrary to misguided directives, I limited the broad use of chloroquine and hydroxychloroquine, promoted by the Administration as a panacea, but which clearly lack scientific merit,” Dr. Rick Bright said in a statement released by his lawyers Wednesday.

In tweets and public remarks, Mr. Trump has referred to hydroxychloroquine as a potential “game-changer” in treating COVID-19. The president has recommended the use of the antimalarial drug as a potential treatment for the coronavirus, despite limited evidence that the drug would be effective.

Bright was the director of the Biomedical Advanced Research and Development Authority (BARDA) and HHS deputy assistant secretary for preparedness and response by the administration.

He said that he was “involuntarily transferred to a more limited and less impactful position at the National Institutes of Health,” a transfer that he believes came in response to his “insistence that the government invest the billions of dollars allocated by Congress to address the COVID-19 pandemic into safe and scientifically vetted solutions, and not in drugs, vaccines and other technologies that lack scientific merit.”

“I am speaking out because to combat this deadly virus, science — not politics or cronyism — has to lead the way,” he said in his statement. Bright is a career official and not a political appointee. He has requested that the inspector general for the Department of Health and Human Services investigate his dismissal.

Bright said that he’s “prepared to look at all options and to think ‘outside the box’ for effective treatments,” but “I rightly resisted efforts to provide an unproven drug on demand to the American public.”

He demanded that the drugs only be used under a doctor’s supervision and only to “hospitalized patients with confirmed COVID-19” because of the “potentially serious risks associated with them, including increased mortality observed in some recent studies in patients with COVID-19.”

“Rushing blindly towards unproven drugs can be disastrous and result in countless more deaths. Science, in service to the health and safety of the American people, must always trump politics,” Bright said.

Bright’s comments were first reported by the New York Times.