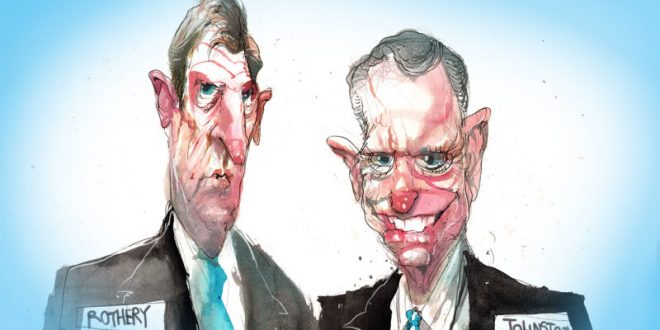 Who doesn’t love a shout-out from head office?

In the investor call to discuss the numbers, Goldman’s global chief financial officer, Stephen Scherr, called out the sale of data centre firm AirTrunk as one of the best private equity deals across the firm in the period.

The transaction, which valued AirTrunk at $3 billion, was announced back in January, with the proceeds hitting Goldman’s coffers in the June quarter.

Exactly how much the firm reaped from its AirTrunk investment still isn’t clear. Scherr said Goldman had enjoyed $US500 million ($714 million) in deal-related gains in its private equity portfolio in the quarter, but tellingly only called out two deals as part of that – the sale of a UK student accommodation business, and the AirTrunk deal.

But it wasn’t the Australian office’s only contribution to what turned out to be a pretty stunning quarter for Goldman Sachs.

Despite the pain of the pandemic – or rather, because of it – the firm posted a 41 per cent increase in total revenue versus the prior year to $US13.3 billion.

That was mainly driven by a 91 per cent surge in revenue from the group’s global markets division, as the rally on global markets during the June quarter saw trading activity from Goldman’s clients soar.

But there was also an impressive performance from Goldman’s investment banking division, as companies around the globe took advantage of the rally to raise equity and debt and, in the US at least, launch IPOs.

Within that, equity underwriting soared 180 per cent on the March quarter to $US1.1 billion.

And that’s where Goldman’s Australian investment banking team comes in.

The $27 billion worth of capital raisings completed in Australia during the crisis has accounted for about half of the capital raised around the world, and Goldman has handled several local mega-deals, including $1 billion-plus raises at QBE and Oil Search, and NAB’s $3 billion placement, the biggest since the dark days of the GFC.

Ownership Matters puts the Australian investment banking sector’s total take from COVID-19 raisings at about $430 million and says Goldman has been the second-most active bank on the Australian street.

If we use a very (very) rough estimate of $100 million for Goldman’s fee take (or $US70 million), that suggests the Aussie office has made a very handy contribution to the June quarter numbers.

The Goldman second-quarter result is a reminder that investment banks tend to thrive in times of crisis, when clients need help to navigate rough waters – and are prepared to pay for it.

Indeed, another notable line item in the Goldman account was remuneration and benefits, which leapt 38 per cent versus the March quarter to $US4.5 billion.

And given Goldman has a lower exposure to Main Street lending than other Wall Street titans – despite its recent push into consumer credit (particularly through its credit card joint venture with Apple) and business lending (including through its new joint venture to lend to Amazon merchants) – the conditions in the second quarter couldn’t have been much better.

But will trading and investment banking activity remain elevated now we’re on the other side of that market rally? Or will life get much tougher for Goldman Sachs and its peers as the grim reality of the COVID-19 economy sets in?

Scherr argued there is a school of thought that suggests M&A activity may pick up from depressed levels in the second half of the calendar year, as strong companies pick off the weak, the weak look for desperation deals and private equity goes hunting.

Uncertainty is the only certainty

Goldman Sachs chief executive David Solomon said he couldn’t be nearly this definitive and said the only certainty in the second half of the year was uncertainty.

“I watch TV and read the news like everyone else and I’m sometimes quite surprised by how certain people are,” he told the investor call.

“I continue to be relatively uncertain as to the trajectory of all this … we need to understand the healthcare risks associated with the virus and get to a point where people feel safe and comfortable.”

The news on vaccines is positive, but hardly conclusive. There will be moments in the coming months that encourage trading and investment banking activity, and events that depress it.

Goldman’s job, Solomon said, is to stay flexible and ready to help its clients.

But make no mistake: Goldman’s is bracing for prolonged pain, and it knows the sharemarket isn’t telling the full story.

“People need to be cautious because the economic repercussions of this will play out over the medium term. This is not going to be, in my opinion, a quick resolution,” Solomon said.

“As risk managers, we continue to prepare for the prolonged economic challenges and look beyond market valuations in our overall assessment of risk.”

Previous Government communications headquarters shut down following Covid-19 outbreak | News24
Next A new study makes it clear: after universal masking was implemented at Mass General Brigham, the rate of COVID-19 infection among health care workers dropped significantly. "For those who have been waiting for data before adopting the practice, this paper makes it clear: Masks work."