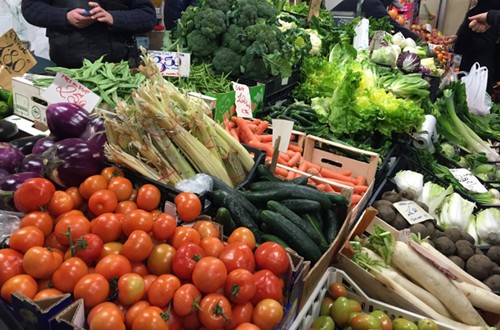 How Can We Eat Well Affordably?

The US is putting pressure on South Africa to agree to favourable terms for its poultry producers before it is willing to include South Africa in a new round of the Africa Growth and Opportunity Act (AGOA). By removing tariffs on American chicken imports, South Africa, under AGOA, ought to be able to export its own agricultural products with ease, as long as US poultry producers are given free reign in our country.

The deal is at a precipice. South Africa is expected to agree to the removal of the tariffs or the US will block our access to their market.

The “poultry wars”, as they are dubbed, is only one side of the story that demonstrates how globalised food production and food security has become. Since 1994 our agricultural sector has not been immune to globalisation and imports of food where stock-market traders determine food prices. In reality the entire ownership of South Africa’s food chain could be changing hands all the time.

Some years back a group of US investors bought a controlling stake in South Africa’s largest agricultural services company, Afgri. The American group’s company, Afgrigroupe, in turn was owned by an investment company based in Mauritius – a tax haven. In such cases, ownership becomes murky and the interests of investors don’t always coincide with the interests of consumers.

Thus, what we eat and where we get our food from are outcomes of a hidden food system that is not easily decipherable by casual observation.

Food comes from a farm, but we must ask what kind of farm? Who controls the farm? What methods are used to produce the food? Who buys the food from the farm? How do they influence the size, practice and future of the farm? Who works on the farm? What are the conditions under which they work?

These are all important questions when seeking to understand the political economy of food, as the farm is a small part of a complex network in the food chain that governs the price of food, where and what we eat.

Big players shape the system, starting with agribusiness and ending with large retail stores. However, the food chain is intermediated by different players, including farmers, governments, banks, seed and equipment companies, retail outlets, fast food chains, traders and others.

Thus, consumers are increasingly becoming dependent on an impersonal food system in which they are often subjects rather than determiners of the system.

This is important, as some may argue that the phenomena of Big Food works in the consumer’s favour because large retail outlets can use their buying power to create economies of scale, which reduce costs. There is some truth to this, but there are also other effects.

The dominance of big retailers, others argue, is destroying small family farming in favour of big agribusiness. Agribusiness also seems be given an impetus by the rapid out-migration of young people from rural areas to urban centres. Thus, it is argued that the industrialisation of agriculture is borne out of necessity, not design.

All this is leading to a vibrant political discourse and shift in debate as to whether the question today is about food security or food sovereignty.

The latter asserts that the current system is controlled by monopoly power, favours big players and marginalises the interests of small farmers and consumers, especially the poor. All this whilst creating waste.

The Concept of Food Sovereignty

Proponents of food sovereignty argue that power must shift back to communities and consumers. If people have control over their food, they will also eat better and affordably.

Food sovereignty, as a concept, is being brought back into the public agenda not only because proponents feel it is agriculture we need to be concerned about, but the whole food system.

Activists advancing the food sovereignty idea want to democratise food production and bring it under people’s control. A new set of values must connect consumers and producers. And it is consumers who should be driving this process of transformation.

The general public faces a challenge though, as this debate is not new and the food system is more concentrated than ever before. Without an alternative capital base to drive change, there may be little effect on the ground.

The demand for food is as much a product of basic need as it is about lifestyle choices. Large retailers alone can’t be blamed for the demise of small agriculture, as evidence shows that with the growth in urbanisation (60 percent of South Africa’s population is urban), rural households prefer to use urban remittances and social grants to buy food from local stores.

The cash economy facilitates a paradoxical situation – consumers prefer convenience and so perpetuate the rise of mass-produced food. Big Food in turn uses consumer power to drive efficiency and economies of scale on the farm creating the conditions for industrial agriculture. Small farmers that are not part of this system are excluded.

This trend is also accompanied by what experts now refer to as the nutritional transition – processed and fast foods that have replaced traditional foods in people’s diets. The take-away food industry is a champion of bulk buying. Consequently, they too perpetuate the system of large producers against small farmers.

But food activists are pushing back. The newly launched South African Food Sovereignty Campaign is planning to convene a tribunal to examine the issue.

The main aim of the food sovereignty campaign is to encourage nations to claim back their right to grow their own food through grassroots actions whilst enshrining the principles of cultural diversity in production methods.

Questions food sovereignty activist are grappling with include:

Activists seek to find answers to these questions against a growing shift in our government’s policy, which is driven by deracialisation objectives around the land question and ownership of the food system amidst much rhetoric about food security, but not much else.

But if South Africa’s food sovereignty campaign is to succeed in showing something material beyond a sensational media splash and the spectacle of a tribunal with celebrity leftists sitting on it, it will have to match ideas with practice. This will have to be on scale rather than in isolated pockets. The campaign can’t expect conventional retailers to bend without competition from its own cooperatives and stores. To change the world you need real clout, not just rhetoric.

Perhaps only a new consumer movement can drive this change. Will food sovereignty campaigners be organised enough to match the need?

Saliem Fakir is currently active in the sustainable energy field and works for the World Wide Fund for Nature. Saliem has served on a number of boards, and is also on the advisory board of Inspired Evolution One, a private fund involved in clean technology. He has a B.Sc Honours in molecular biology (WITS), a Masters in Environmental Science, Wye College London, and he completed a senior executive management course at Harvard University. He is an independent writer and columnist for SACSIS, based in Cape Town.
Previous Time for Change in South Africa’s Labour Movement
Next Racism Down Under: Reclaiming Whiteness