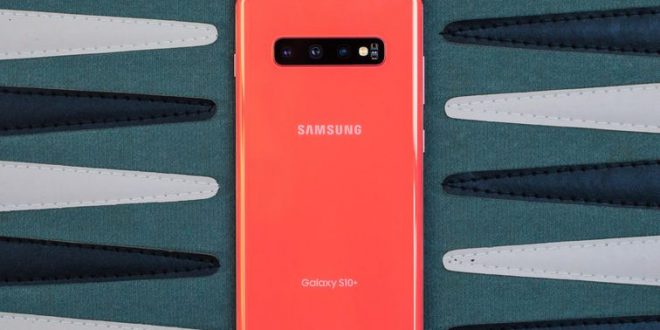 In with Galaxy S20, out with the Galaxy S11? Samsung shouldn’t miss its chance to shake up the brand

Samsung can credit the Galaxy S line with securing its place as the world’s top smartphone brand. But after more than a decade, rumors say the company is almost certainly shaking up the way it names its Galaxy S devices. The Galaxy S11 could become the Galaxy S20, with next year’s phone going by the name Galaxy S21 and so on, to match the calendar year.

As a writer, I think that names matter. No, not as much as the specs inside the phone, but enough that they can convey what a brand is about. It isn’t just me, either: companies spend millions of dollars on focus groups and marketing strategies when choosing a phone name.

A month away from Samsung’s Unpacked event on Feb 11, I’m not sure whether this proposed naming convention is good or bad. I’m not convinced that Samsung would stick with the plan to name its phone after the year, and if it does, it could be a missed opportunity for the brand to rededicate the phone as memorable and creative.

Let’s consider a few options. Say Samsung follows in the footsteps of Apple’s iPad (e.g. iPad 2019) and most car manufacturers by matching each phone name with the corresponding year. There’s some logic to this strategy — you’ll always know where you are with a Samsung Galaxy S23, and I welcome bringing a little order to a portfolio brimming over with Galaxy phones.

I’m sure it’s also cheaper and easier for brands not to have to worry about finding a unique name that resonates with the public in multiple languages, and that also isn’t already earmarked by rivals.

On the other hand, the numbering game tends to feel unruly and meaningless, especially when you get into the higher digits. Would Samsung really commit to this plan long enough to reach the Galaxy S51, assuming we still use phones by then and not chips implanted into our arms?

The time to reinvent the brand is now

If Samsung thinks it hit a natural limit after the Galaxy S10 and wants to liven up the franchise, I’d be happy if it used the moment to reinvent the brand with a new name that stands for an updated set of values. (Of course, we don’t know what Samsung will actually do until its big reveal.)

For an example, look no further than the iPhone X. Apple seemed to have changed the name when it unveiled a new type of iPhone, one that overhauled the design, removed the fingerprint scanner and boldly adopted face unlock with an approach that had never before been used in a phone. Apple pronounced the model iPhone “Ten”, but many people referred to it as the iPhone “Ex”.

The next Galaxy S phone may have leaked in pictures

And then Apple ruined it by moving on to the iPhone 11 two years later. At some point, the iPhone’s name is going to have to change again, because in my mind anyway, the iPhone 18, 21 and 34 seem too ridiculous to exist. I’m reminded of every Mission: Impossible reboot, or that classic line from a fake newscast in Spaceballs (the movie, not the flame thrower), “Rocky IV…thousand.”

I suppose the heart of my thinking is that part of me misses the more fanciful names of a decade ago and more, when a phone name stood for some intrinsic value or feature that the device possessed, like the powerful and mysterious Samsung Omnia, or the zesty, flippy Motorola Citrus. (I’ll probably never forgive the LG Chocolate music phone for having nothing to do with actual chocolate.)

There’s a benefit to giving a phone a meaningful name. Just look at Android OS. Google was able to gain a hugely invested Android following that avidly followed and excitedly guessed each year’s dessert-themed code name… until the fun ended this year with Android 10. While dry names haven’t hurt the iPhone’s success, Samsung has a chance to be more meaningful.

If the S20 does indeed mark a brand-new direction — 5G, a new camera philosophy, and bold design — then a new name makes sense. I just hope it’s more interesting than “S20.”

I concede to being in the minority here. Today, straightforward phone (and OS) naming seems to mostly be about maintaining order amidst the chaos — as much to keep models clear on the sales and distribution end, I suspect, as for keeping a sea of variants straight in customers’ minds.

Then again, there’s such a thing as too much simplicity. I cringe just thinking about the Motorola Moto G, which at one point had at least three different models going by the same name with different carriers. Even Motorola’s PR team didn’t immediately know which was which until we compared the specs.

Of course, when all is said and done, it’s these specs that matter most. The way that a phone works is far more important than how it rolls off the tongue, and that’s where companies should absolutely spend their time and attention.

Previous House impeachment manager to Trump: If Ukraine call was ‘perfect’ then ‘call the witnesses’
Next Boaz Manor, business partner indicted on fraud charges in U.S. over blockchain venture