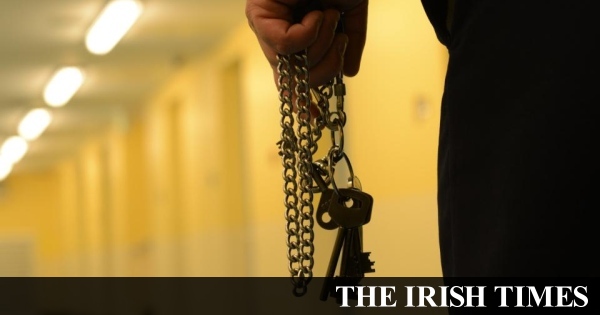 Some prisoners awaiting tests for coronavirus are being kept in 24-hour lock-up with no access to showers as prison authorities try to prevent an outbreak of the disease in the system.

There are no confirmed cases in Irish prisons but some inmates who have displayed symptoms have been moved to a central isolation unit in Cloverhill Prison, where they must remain until their test results come back.

Other prisoners who appear to be ill but do not have enough symptoms to reach the threshold for a test have also been placed in isolation, as per HSE advice.

The special isolation unit in Cloverhill will also be used to isolate prisoners if they are diagnosed with coronavirus, also known as Covid-19.

Prisoners displaying symptoms are not allowed to leave their cells for any reason. The Irish Prison Service (IPS) has said it is trying to accommodate them in rooms with in-cell showers but that this is not possible in every case.

Details of the protocols are contained in a letter sent by Minister for Justice Charlie Flanagan in response to a number of questions by Fianna Fáil justice spokesman Jim O’Callaghan.

The Minister told Mr O’Callaghan “the number of cells with showers in the prison system is limited”.

“I would like to assure you, however, that all cells accommodating prisoners in isolation have standard washing facilities, and prisoners are provided with the ability to bathe through the provision of warm water, soap and towels.”

The IPS did not say how many prisoners are in isolation or how many do not have access to showers, when asked by this newspaper.

Prison authorities are installing phones in the isolation cells “which will allow prisoners who are isolating to use the prisoner phone system to contact prison services, including psychology services, during the day”.

The movement of prisoners in all facilities, including those not suffering from Covid-19 symptoms, has been severely limited to prevent the spread of coronavirus. To help relieve boredom, prisoners confined to their cells have been given access to a wider array of TV channels.

Last month, the IPS released about 200 prisoners on temporary release to free up space for isolating inmates, leaving the prison population 9 per cent lower than it was at the start of March. A small number of released inmates have now returned to prison, having allegedly committed further offences.

In his letter, Mr Flanagan said every effort was being taken to avoid an outbreak in the prison system.

“As I am sure you will appreciate, an outbreak of Covid-19 in a prison setting could have a devastating effect because prisoners in general have a poorer level of heath than people at liberty and because incarceration, by its nature, limits the ability for those in custody to practise full physical distancing at all times.”

All physical visits have been banned and replaced with video-link visits until further notice.

Other measures include the introduction of “tele-psychology” – therapy sessions conducted over the phone – in most prisons.

“The psychology service also provides audio resources on physical and mental health for the in-cell channel on the TV system which is in place in Mountjoy and Cork prisons. The roll-out of this system to all prisons is currently being explored,” Mr Flanagan said.

“The goal is to help people in custody feel safe, reduce stress, restore rest and sleep, and connect them to social supports.”

The Irish Penal Reform Trust said: “The State has a duty to protect both the physical health and the mental health of prisoners in its care.

“Measures to ensure prisoners held in isolation have access to psychological supports from their cells will help reduce incidents of self-harm and potentially save lives.”

Previous Pompeo says U.S. may never restore WHO funds after cutoff over pandemic
Next New Parks and Recreation reunion special brings back Leslie Knope next week