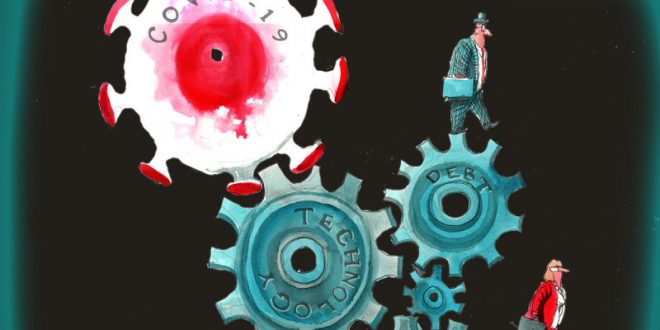 Investors get lessons on COVID-19 pain and possibility

In the space of about an hour on Monday morning, four separate companies gave Australian investors a preview of the barrage of COVID-19-related data points they’ll need to sort through in the August reporting season.

It’s obvious that not every company will be hit equally. But Monday shows us that even inside a company, there will be first, second and third-order impacts that investors will need to interpret.

Take toll road giant Transurban, which has been both a fascinating case study of the impacts of the virus on multiple asset classes (equities, credit and infrastructure) and an important barometer of economic activity.

The good news is that the country appears to be bouncing back; the 57 per cent falls in traffic that Transurban was seeing in April have improved such that traffic was only 21 per cent lower than a year-on-year during the last week.

Chief executive Scott Charlton is clearly breathing easier given the progress of Australia’s economic reopening, and the fact Transurban didn’t see the 70 per cent or 80 per cent traffic falls in parts of Europe.

He said on Monday he’s very comfortable with the group’s debt position and announced a final shareholder distribution for 2019-20 that while down 46 per cent on last year, was in line with market expectations.

But Charlton has always kept one eye on the recovery phase from the start of this crisis. When the pandemic struck, Charlton and his board made the deliberate decision to keep all staff employed in anticipation of governments needing to spend heavily on infrastructure to stimulate the economy.

There is a raft of road projects in NSW under consideration, Transurban is bidding on a US road project in conjunction with Macquarie, and Charlton says his team have a range of smaller enhancements to its current road network that it’s more than happy to talk to governments about.

Transurban’s market power has earned it plenty of critics out in the community, but it’s not hard to see why Charlton’s ability to read the play has made him a long-term investor favourite.

Another group sniffing opportunity amid the COVID dislocation is annuities and wealth giant Challenger, which announced a much-anticipated capital rising on Monday.

While the global sell-off saw Challenger take a hit to its portfolio and suffer fund outflows during March, the sharp turnaround in both markets and investor sentiment has seen funds under management grow 7 per cent since then.

As such, chief executive Richard Howes emphasises the $300 million raising is not one he needs to do. Instead, it will bolster the group’s capital position and give Howes extra firepower to chase opportunities in investment-grade fixed interest.

March saw credit spreads in both investment-grade and high yield credit push out faster than we saw even during the GFC. And while spreads are now tighter, Howes says there are still plenty of opportunities to put what will now be a $3 billion cash pile to work in opportunities that will deliver returns on equity of over 20 per cent.

Howes also believes the crisis has helped strengthen the case for retirees to have annuities – a layer of secure income, as he describes it – as part of their portfolio.

While COVID has obviously changed the government’s agenda, Howes (unsurprisingly) says the push to lift the focus on retirement incomes shouldn’t fall by the wayside.

While Transurban and Challenger are hunting opportunities created by COVID, other corporate giants are trying to weather the storm as best they can.

Weathering the storm in property

Take property giant Stockland, which said the impact of COVID on its business means its distribution for the June half will be 10.6c, well down on the 14.1c it paid in the second half of the 2018-19 year.

Stockland, which also announced long-standing chief executive Mark Steinert will retire, is in the process of having its entire commercial property portfolio revalued by external reviewers.

But is already expecting a 6 per cent fall in the portfolio’s value, with the group’s retail properties likely to be down 10 per cent.

Yet there are bright signs too. The government’s stimulus payments for new homes has re-energised Stockland’s residential development business, boosting new enquiry levels above pre-COVID levels and lifting net sales.

Seek is another company where investors will need to sift the rough from the smooth. The group’s Australian and Asian business units have seen an encouraging pick up in weekly billings since early May, as economies stir back to life.

But the hole is still pretty deep; while billings were off between 65 per cent and 70 per cent in April in Australia and Asia, they remain down 40 per cent to 50 per cent. China is a bright spot, with billings at Seek’s Zhaopin back to about 10 per cent below expectations.

Seek’s best estimate is for revenue of $1.6 billion for 2019-20, up slightly on last year, and earnings before interest, tax, depreciation and amortisation of $410 million, down from $455 million last year.

But that EBITDA number won’t quite tell the full story of investors’ pain. The tragic toll of the COVID in Latin America and specifically Brazil – where there have been 1.1 million bases and more than 50,000 deaths – will force Seek to take an impairment of between $130 million and $170 million on the value of its LatAm business.

A further impairment of $60 million will be taken against four investments Seek has made across its big portfolio of start-ups.

Chief executive Andrew Bassat sees these early stage ventures as part of his long-term efforts to find Seek’s future growth opportunities, and says most of the portfolio is performing well.

But the writedown is a reminder that start-ups do carry risk.