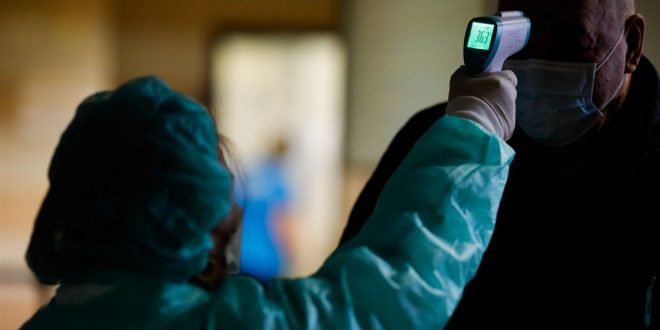 The country’s health laboratories are taking strain as testing for the Covid-19 disease, caused by the novel coronavirus, increases.

Zweli Mkhize, the Minister of Health, announced on Tuesday that the number of confirmed infections had jumped from 402 to 554.

An epidemiologist, who is directly involved in testing and battling the virus, spoke to News24 on condition of anonymity. He said the numbers are already outdated once announced, and that it isn’t “new”.

Rather, the spike in confirmed infections came about as a result of private labs, which are also conducting testing, “battling with turnaround times”. This is due to the large demand for tests on private labs.

At a press briefing on Tuesday, Mkhize said that of the 12 815 tests conducted as of 23 March, 10 000 were done by private labs and around 2 000 by the state laboratory services.

There was also a slight delay between the finalising of results and the communicating of these to the National Institute for Communicable Diseases (NICD), the epidemiologist said.

This means that, at any given moment, when government announces figures of infection, there is a high probability that the announced figure is already outdated while further positive tests are in the process of being finalised, and their results communicated. The heads of private laboratories in SA confirmed this in a statement, and said there were bottlenecks in the supply of N95 and surgical masks, swabs, and gloves, as well as testing kits.

This was due to global demand for the equipment, they said.

The Department of Health is trying to procure more testing kits, and there are talks ongoing between the supplier of a rapid Covid-19 testing kit in the USA, News24 understands.

Discussions between the Department of Health and the private healthcare industry are happening under the umbrella of Business Unity South Africa (Busa).

Healthcare is one of three “workstreams” being worked on by Busa in an effort to assist government in its efforts to combat Covid-19. The other two are labour and the economy.

Stavros Nicolaou, senior executive for strategic trade at pharmaceuticals company Aspen Pharmacare, who heads up the “healthcare workstream” at Busa, told News24 that the discussions are ongoing and have covered a wide variety of topics; centrally, how to ensure that the healthcare system is ready.

Nicolaou said that there were discussions ongoing with suppliers to procure more Covid-19 tests and related products.

In addition, China had opened up its exports following the stabilisation of its infection rate.

It is one of the countries which SA relies on for some Covid-19 testing materials, bringing some hope to healthcare professionals that SA’s supply can increase.

Meanwhile, the country’s healthcare professionals have been stockpiling other medicines. On the top of this list are anti-retrovirals – SA imports most of the main ingredients needed to make ARVs from India (and, to a lesser extent, from China), a country now on total lockdown

Earlier this month, India began restricting the export of 26 medicines it produces, including paracetamol.

Right now, there was enough stock of ARVs to last several months, Nicolaou said, but this could become a serious concern if the pandemic resurged later in the year or lasts until year-end.

Nicolaou also said that the private sector and public sector will have to share resources to combat the virus. Presently, the overwhelming priority is to “flatten the curve” by aggressive social distancing and other measures implemented by government, he said.

But the healthcare sectors are preparing for the worst-case scenarios and the possibility of sharing resources. The granular details of this – the number of beds needed in hospitals, for example – is being hashed out at a provincial level between MECs and local hospital heads, he said.

The Department of Health is also in talks with large hotel groups over the possibility of turning hotel rooms into wards. A few regulatory “hurdles” need to be overcome to increase some resources – for example, right now, regulations do not permit the use of ventilators everywhere, so these need to be “relaxed” so that more can be purchased, he said.

This is actively being addressed, according to Nicolaou.

On Monday morning, News24 sent questions to the department regarding what efforts are being made to ensure supply of equipment at state hospitals and to increase capacity.

Spokesperson Lwazi Manzi said she was not authorised to talk to the media before Ramaphosa gave his address and had not responded to questions by the time of publication.