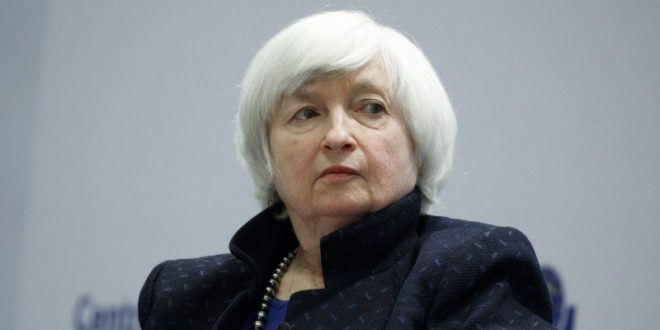 Former Federal Reserve chairman Janet Yellen says the central bank has crossed lines she didn’t believe possible in efforts to buttress the financial markets from COVID-19, but she remains concerned job losses caused by the pandemic will leave permanent scars on the global economy

Yellen, who is an adviser to the funds management giant Magellan, said in an interview with Magellan’s billionaire chairman Hamish Douglass the Fed’s willingness to act “quickly and forcefully” by dropping interest rates and buying about $3 trillion worth of assets had prevented the sort of breakdown seen when the Long Term Capital Management crisis brought markets to their knees in 1998.

“The Fed really pulled out all the stops and I think things have improved considerably,” Yellen said.

“We’ve got a health crisis causing an economic crisis but we don’t have a financial crisis.”

But Yellen, who served as Fed chairman between 2014 and 2018, admitted that some of the Fed’s actions had taken her by surprise.

In one telling example, Ms Yellen explained that her “little club” of Fed veterans – including her next door neighbour and predecessor Ben Bernanke, and the former Fed vice chairman Don Cone, who lives two doors down – had been asked by a consultant for advice about whether the Fed would ever lend to municipal governments.

The group’s response was simple: No way. But two days later, the Fed announced it would do just that. Yellen said it was “a line I never thought the Fed would cross”.

But she warned that there are limits to the central bank’s firepower, particularly in risky pockets of financial markets such as high yield debt and emerging markets.

“There are limits to what the Fed can do to protect investors for losses. The market seems not to be fully pricing in the downside risks.”

Ms Yellen agreed with Douglass that despite some promising labour market and spending numbers coming out of the US economy, the economic recovery was likely to be shaped more like the iconic Nike Swoosh than the letter V. She is expecting US GDP to decline by between 5 per cent and 8 per cent in calendar 2020.

“I think we’ll get growth after that. But to get back to where we started will take a number of years,” Yellen said.

She cited a number of reasons for this prediction, including the likelihood of a spate of corporate failures and health concerns continue to weigh on economic activity.

“There’ll be a need for social distancing for a long time. We’re beginning to see a resurgence in the US of infection. There is all too high a probability of a second wave of infections that’s going to come next fall.”

But her biggest concern is what will happen to the labour market in the US, where the loss of 20 million jobs hangs heavy over the potential for a recovery.

Yellen says surveys suggesting that 75 per cent of workers expect to get their pre-pandemic job back. But that means a quarter of workers are bracing for employment pain – and Ms Yellen does not expect all of those workers who expect to regain their jobs will be that lucky.

“I worry about the permanent job losses and how those people are going to get re-employed,” she says.

“I think that’s going to be a long, drawn-out process. I find it hard to imagine that hospitality, travel, tourism, consumer-facing sectors will come back to anything close to where they were for a very long time.

“I’m worried about many furloughed workers, their attachment to the labour market. I think there will be people who don’t come back and are permanently sidelined.”

She said it is difficult to see that shape of the labour market at present given the huge levels of fiscal support in the US economy, which had effectively replaced the incomes of many of the workers that had been stood down.

Yellen said questions over the next wave of fiscal support were another concern, as the US government’s debt pile grows ever larger.

“I’m very worried about the degree of fiscal support, which we truly need to keep the recovery going. And I don’t know if that’s going to be there.”

Douglass said he shares many of Yellen’s concerns and warned that while the current mood of markets could be sustained, with equities grinding higher on the back of economic reopenings and elevated monetary and fiscal support, there was a strong chance he economic destruction wrought by the pandemic could cause markets to plunge as much as 50 per cent.

“But at the same time, we’ve got some very large positions in large technology-enabled growth companies. So while we’re being conservative in the short term, we’ve got our eye on where the bull’s going in the longer term.”