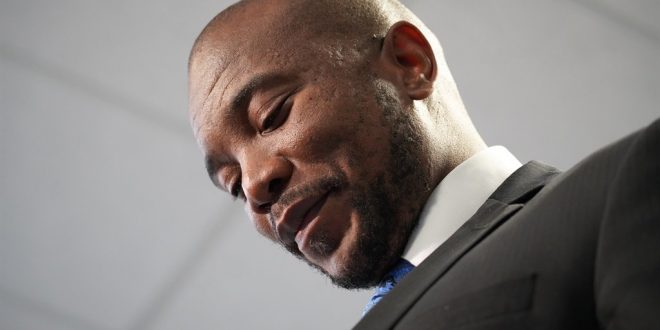 Former DA leader Mmusi Maimane and The One SA leader intends going back to court to delay pupils’ return to school for at least 60 days, given the current spike in coronavirus cases in the country.

His latest application is set to be heard in the North Gauteng High Court in Pretoria after the Constitutional Court rejected his bid last week to leapfrog the lower courts for direct access.

Maimaine and The One SA hope to get their day in court on 17 June to challenge the decisions of President Cyril Ramaphosa, Cooperative Governance and Traditional Affairs Minister Nkosazana Dlamini-Zuma and Education Minister Angie Motshekga.

He is focusing on challenging the decision to send children back to school on 8 June, and the change from Level 4 to 3, which allows for greater movement.

Schools were supposed to start on Monday but Motshekga changed her mind because not all were ready. However, the Western Cape went ahead with the reopening. This was questioned by the SA Human Rights Commission but supported by acting DA leader John Steenhuisen who took over the party’s leadership when Maimane resigned from the party.

Maimane contends in papers the government and cited ministers have been “irrational” and their decisions are below the standard set in the Disaster Management Act.

The act was invoked to declare a disaster, which gave certain Cabinet members special powers to issue directives and regulations to prepare for the pandemic, and protect the population.

However, Maimane says shifting from Level 4 to 3 and the massive movement of people as well as travel on public transport will be dangerous.

He also believes poorer children, whose schools might not be able to afford the extra equipment or health officers in line with the new hygiene requirements, will suffer and will be left behind.

“The applicant’s case is that the desire to reopen the economy, laudable as it may be, ought not properly to supercede the duty to protect lives in the midst of a deadly pandemic,” he submitted in the papers.

Maimane contends the government’s plans might be “good on paper”, but may not actually happen on the ground.

If those deaths turn out in hindsight to have been preventable, then even 1% of 10 million is 10 000 lives. The remotest risk will likely still have devastating consequences for human lives.

He said Ramaphosa’s statement parents would not be compelled to take their children to school because of the risks involved, created unfair discrimination against those whose vulnerabilities were more pronounced, adding their choice was therefore to risk getting infected, or to fall behind at school.

Maimane argues no matter how well-meaning the intention, it is inconsistent with the duty to protect the right to equality, education, and to life.

“Hence, the prayer for a synchronised reopening of schools have been declared ready.”

He submitted in his papers the purpose of the lockdown was to intensity the curtailment of human interaction, and should only be eased if daily cases fall below 44 per day, which was not the case in South Africa.