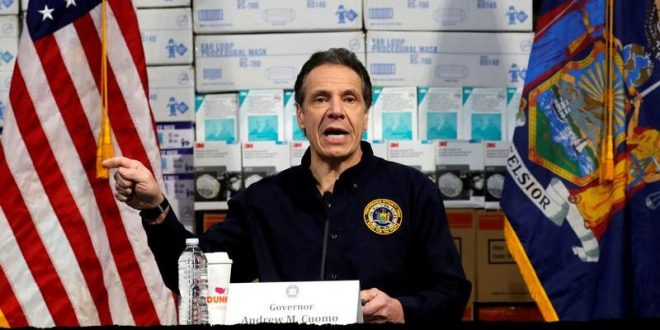 New York City officials are urging Gov. Andrew Cuomo to pass a stimulus that would provide immediate relief to tenants struggling to pay their April rent, after social distancing measures in the wake of the coronavirus pandemic brought on a surge in jobless claims.

The $2.2 trillion federal stimulus package passed in direct response to the pandemic did not include any rental relief. And The New York Times reported on March 31, citing New York City landlords and the real estate industry, that as many as 40% of tenants would not pay their April rent.

The proposed “Renter’s Relief” plan would require landlords to offer tenants the option to use already-paid security deposits in place of their April rent payments. Renters who partake in the relief program would have 30 days to start paying back their security deposits, either the full amount or in small increments through a low-cost insurance plan.

If passed, the plan would unlock around $8 billion worth of security deposits in the greater New York area, according to Ankur Jain, the founder and CEO of the venture fund Kairos, who has been at the forefront of the relief plan. Jain cofounded the startup Rhino, which operates in a similar fashion: tenants pay Rhino a nonrefundable monthly fee and Rhino in turn insures the apartment, paying the landlord for any damages.

Jain stressed to Business Insider that time is of the essence. Renters in New York who were unable to pay their rent on the first of the month have a five-day grace period before they fall into legal default, he added.

The plan stems from Jain’s 2019 policy plan, which focuses on finding alternative ways renters can pay security deposits. If the immediate relief plan is adopted nationally, Jain said it would unlock $45 billion worth of security deposits, providing relief for renters nationwide.

On March 31, Mayor De Blasio sent a letter to Gov. Cuomo, endorsing Jain’s plan, urging the importance of immediate financial assistance for renters, and asking for his approval. Jain suggested that renters who are unable to pay their April rent should email their landlords and see what kind of relief the government can provide them by tomorrow.

Eric Adams, Brooklyn Borough President, said it is crucial to get Cuomo’s approval for the Renter’s Relief plan as soon as possible. If renters fall into default, he said there would be many long-term negative impacts, both economically and emotionally.

“It would impact the credits of people if landlords report them. It would impact their anxiety,” he told Business Insider. “This is something we could do that can be a win-win across the board. We need to get this done today.”

Adams explained to Business Insider that he anticipates the virus will impact homeowners and renters for at least four months. The Renter’s Relief plan would provide immediate relief for renters through April. But for the following three months, Adams is also calling for an across-the-board mortgage, rent, and utility payments freeze.

“Right now, we are all in this together. Americans bailed out the banks during the financial crisis, now it’s time for the banks to bail Americans,” Adams said. “We want to be clear, we don’t want to pass this on to our landlords. We are all in this together. Landlords are feeling the pain just as renters are feeling the pain.”

Previous Failure to release low-risk prisoners is condemning thousands to COVID-19
Next 6-week-old baby’s death linked to coronavirus, believed to be one of the youngest fatalities