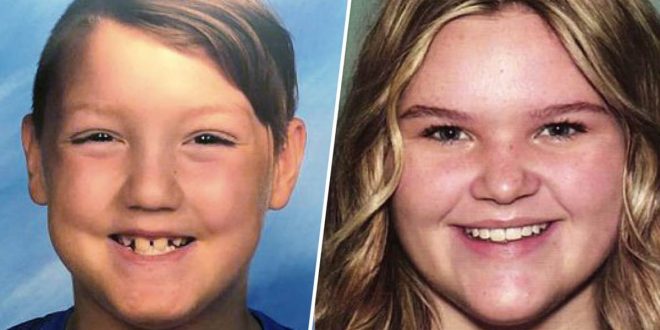 The mother of two Idaho children missing for months is a “monster” for ignoring a court order to physically produce the children, the grandmother of the missing boy said.

Joshua Vallow, 7, and Tylee Ryan, 17, were last seen in September. Police in Rexburg, Idaho, began searching for the children in November after they tried to conduct a welfare check on Joshua, who has special needs and is adopted.

Authorities said the children’s mother, Lori Vallow, and stepfather, Chad Daybell, were not cooperating and had left the state of Idaho. The couple was found on the island of Kaua‘i in Hawaii this week.

Vallow was served with an order of protection “in an attempt to have her physically produce her children” either to police in Idaho or to the state’s Department of Health and Welfare, Kaua’i police said in a statement. The department said then that couple did not face charges or arrest.

Rexburg police said Vallow had until Thursday to cooperate, but as of Friday afternoon, she had not followed through. The Madison County Prosecutor’s Office told NBC News on Friday that the case has been handed over to a judge and that Vallow could be held in contempt of court.

Attempts to reach her attorney were unsuccessful.

“How do you not produce your child … what kind of mother does that? The only word that is coming to my mind right now is a monster,” Kay Woodcock said at a news conference Thursday evening.

Woodcock said she was disappointed Vallow did not follow the court order but wasn’t surprised.

“Lori’s not going to make this easy. She’s got an end game in her head, although this is not a game, obviously, she thinks it is,” Woodcock said.

Woodcock and her husband, Larry, have offered a $20,000 reward for information.

Rexburg police previously said that they think Vallow either knows the location of Joshua and Tylee or knows what happened to them. The parents have not been charged with any crimes.

Minyvonne Burke is a breaking news reporter for NBC News.