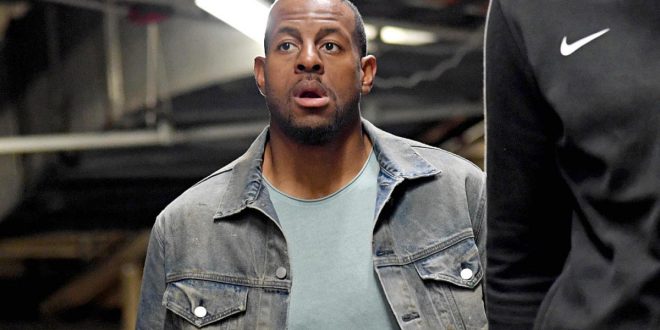 The Miami Heat have surprised most experts this season by becoming a legitimate contender in the Eastern Conference, and they just bolstered their roster by adding veteran wing Andre Iguodala from the Memphis Grizzlies, according to ESPN’s Adrian Wojnarowski. Iguodala has also agreed to a two-year, $30 million extension with Miami, according to Wojnarowski. The deal includes a team option for the 2021-22 season.

Miami is including Justise Winslow as part of its trade package to Memphis, and there are multiple reports that this deal could end up involving the Oklahoma City Thunder, who would potentially send Danilo Gallinari to Miami.

With the Iguodala acquisition, Miami adds a player with championship pedigree and wing depth to the roster. Iguodala, a three-time NBA champion with the Golden State Warriors didn’t appear in a single game for the Grizzlies after being traded from Golden State to Memphis over the offseason. Instead, Iguodala sat out with hopes of being traded to a contender, or being bought out. He was even reportedly prepared to sit out the entire season if he wasn’t moved. It never came to that though, as now Iguodala will be joining an Eastern conference contender, just as he had hoped.

The Heat might not be done making moves. They are also in discussions to acquire Thunder forward Danilo Gallinari, according to ESPN’s Adrian Wojnarowski. His addition would provide Miami with another veteran for the playoff push. At 34-15 entering Wednesday night’s game against the Clippers, the Heat have been in the mix for the No. 2 seed in the East all season long. Iguodala, who recently turned 36, will likely not be expected to be a major contributor during the regular season, but his playoff acumen, particularly on the defensive side, could help a Miami team that has many relatively inexperienced players (Kendrick Nunn, Tyler Herro, Bam Adebayo, Duncan Robinson) getting major minutes.

There are questions as to how much Iguodala has left in the tank — he averaged career-lows in points per game (5.7) and minutes per game (23.2) last season with Golden State. However, the Heat likely won’t ask him to play extended minutes. Instead he will simply serve to bolster the team’s rotation, and potentially become a valuable wing defender in the postseason against the likes of Giannis Antetokounmpo, Jaylen Brown, Jayson Tatum and Pascal Siakam, as the Heat try to make it through the East gauntlet to the NBA Finals. Iguodala also gives Miami a trusted ball-handler and cutter for the league’s sixth-ranked offense. The 2015 NBA Finals MVP, Iguodala averaged 9.8 points, 4.3 rebounds and 4.0 assists while hitting 35 percent of his 3s in the Warriors’ run to the Finals last postseason.