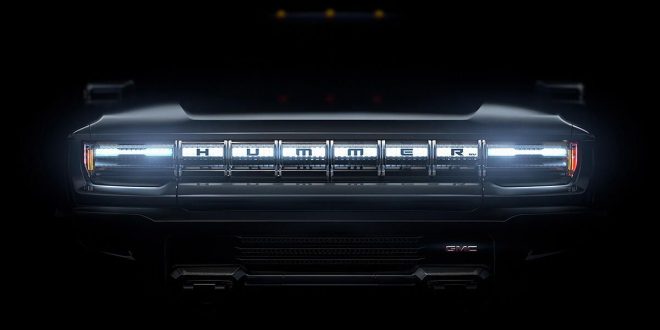 The rumors were true: Hummer is returning. And just like any good action-hero comeback movie, the revival of General Motors‘ love-or-hate truck brand won’t just have a few twists and turns, it’ll have an action-packed trailer. This one will debut during the Super Bowl, and it’ll feature NBA superstar LeBron James. On Thursday, GM released a trio of LeBron-free teasers video for GMC’s “Quiet Revolution” commercial, and they’re going to have to hold us until the full ad’s second quarter premiere during Sunday’s Big Game.

It’s important to note GM isn’t bringing back Hummer as a full-on brand, it’s reviving Hummer as a model nameplate. The GMC Hummer EV, as it’ll be known, will be an all-electric pickup truck, a model presumably to be sold through GM’s existing GMC dealers.

The Hummer EV will be revealed in full on May 20, but GM is already touting ridiculous performance stats in this buzz clip for its 30-second spot. How ridiculous? Try 1,000 horsepower and 0-to-60 mph in 3 seconds. Every good action hero needs an arch nemesis, right? Perhaps you remember those gaudy numbers Elon Musk talked about when he rolled out the Tesla Cybertruck? GM certainly seems to.

Torque? Glad you asked: GMC’s teaser quotes an unfathomable 11,500 pound-feet of the stuff. That’s not a typo, and that’s seemingly as much twist as two-dozen examples of GMC’s stout 6.2-liter V8s, the gas engines that power its Sierra pickup. But hold the phone — that’s almost certainly not an apples-to-apples comparison. The General isn’t saying so, but it sounds like what the company is citing is axle torque, and not at all the same thing as the SAE-sanctioned measurement from the electric motor(s) that we’re used to reading about. Our guess? The GMC Hummer EV will probably have somewhere in the neighborhood of 1,000 pound-feet of torque, which should be… more than adequate.

GMC isn’t quoting towing and payload capacity specifications for the moment, let alone battery size(s) or range. The vehicle isn’t poised to go on sale before late 2021, so there’s plenty of time to sort out the particulars (and sandbag a little while waiting for Tesla and others to divulge more bogeys). Better to drive home the message of ground-pounding performance and whisper-quiet operation. As such, the short teaser features visceral, slow-motion images like a galloping herd of horses and a motorcycle burnout, both with and without sound to drive home how battery-powered vehicles are all but silent.

Each of the three teasers (which we’ve strung back-to-back in a single supercut video, above, for your viewing pleasure) conclude with a splash image of the front end of the GMC Hummer EV, including what looks to be a dynamic lighting sequence. We can’t wait to see more, but for now, we’re going to have to. In the meantime, please excuse us as we take those few stray performance metrics and stack them up against the coming crush of electric pickups, the Tesla Cybertruck, the Rivian H1T and the Bollinger B2.

Oh, one more thing: It’s unclear how this will all shake out. As a brand, Hummer was simultaneously celebrated and vilified for its unique blend of in-your-face looks, off-road performance and seemingly antisocial values. Some buyers loved Hummer’s singular combination of hard-charging and harder-drinking powertrains, broad-shouldered capability and their aura of over-the-top machismo. Others — especially the eco-conscious — looked at Hummer as the poster child of conspicuous consumption and American profligacy. Amidst waining sales, the brand was eventually killed off in 2010, a victim of the US financial crisis, General Motors’ bankruptcy and changing public sentiments.

With its revival, GM appears to be seeking to recast Hummer for today’s truck shoppers by taking many of those same values and dropping them onto an eco-friendly, zero-emissions EV platform. Will it work? We’ve got some time before we’ll even have an inkling, but for now, one thing’s for sure: The future of trucks looks mighty powerful… and awfully quiet.