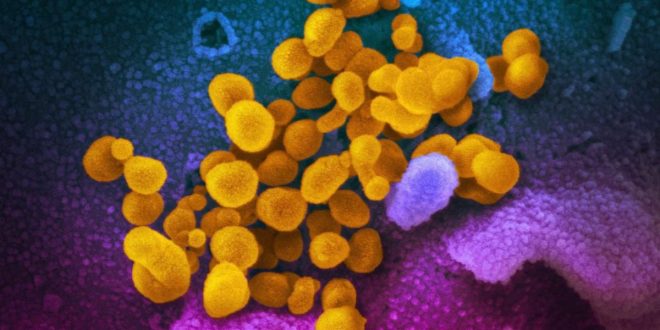 Ontario may have missed a third or more COVID-19 cases as testing backlog has grown, Star analysis finds According to the official count, the COVID-19 outbreak is growing rapidly in Ontario. But even as the number of confirmed patients has gone up sharply this week, a Star analysis has found the outbreak may be one-third larger, or more, than has been officially reported.

As of Friday morning, the province has reported a backlog of more than 10,000 patients who have been tested for COVID-19, but have not yet learned whether they have the virus.

Friday was the first day in more than two weeks that the backlog fell as Ontario completed more tests than it took in. Still, the number of uncompleted cases has grown sharply over the last seven days — nearly doubling from 5,475 to 10,074.

That increase shows a provincial testing system that has been “going underwater,” said David Fisman, an epidemiologist at the University of Toronto’s Dalla Lana School of Public Health.

“It’s like being at the supermarket, in a line with a new cashier and watching the checkout queue get longer and longer,” Fisman said. “They’re not keeping up.”

How many positives were missed as the test backlog accumulated at the provincial labs? One way to tell is to look at how often a positive result has been found among those tests that were completed — known as the per cent-positive rate. The number is a common metric used in studying flu outbreaks, Fisman said.

Since the outbreak began, 3.3 per cent of Ontario’s total completed tests have come back positive, according to a Star analysis of the province’s data. If the testing backlog were to have the same rate of positives — which researchers say is likely — it would account for another 333 missed cases of COVID-19.

In other words: If Ontario’s testing capacity had kept up with the backlog, the official record of positive COVID-19 cases would be more than a third higher than the 993 cases reported as of Friday.

“The situation is worse than what we’re seeing in the news,” said Jeff Kwong, a family doctor and also an epidemiologist at the Dalla Lana School of Public Health.

“It’s worrisome that we have this backlog because we don’t have a good sense what the situation is today,” Kwong said. Instead, the province has a picture of who contracted the virus last week — when the tests were taken.

That’s a long time to wait on top of a delay that’s already baked into the virus’ incubation period of up to two weeks, Kwong said.

“To not have accurate numbers that are timely is a problem,” he said. “I just don’t know what we can do about it. The labs are already working as hard as they can with the resources they have.”

In the last seven days, the province has completed an average of about 2,400 tests a day, according to its published numbers.

The province says it is working with hospital, academic and private laboratories to aggressively ramp up testing capacity. Through this network, Ontario now has the capacity to do as many as 3,000 tests per day, and has a goal of hitting 5,000 daily tests by the end of the week, said Helen Angus, Ontario’s deputy minister of health.

Angus said the province is forecasting that its total testing capacity will increase to 18,900 tests per day across public hospital and community labs by April 17.

“I think as we expand the number of tests obviously we’ll have a better sense of the prevalence in the population,” Angus told reporters Thursday.

Eight hospital labs, two commercial labs and four Public Health Ontario labs are testing for COVID-19. The province says it expects there to be between 25 and 30 labs in operation when peak capacity is reached in mid-April.

For now, priority must be given to the sickest and most vulnerable patients and those who treat patients, and that COVID-19 tests for these priority individuals are being completed within two days at the Public Health Ontario lab, a health ministry spokesperson said. For others not identified as priority patients, the spokesperson said, the target turnaround time is “up to four days.”

With 3,400 reported test results, Friday also saw the highest single-day total of completed COVID-19 tests. As a result, the backlog fell by 891 cases — a sign the province’s lab capacity may finally be catching up to growing demand.

The Star’s study of the backlog is based on the province’s positive rate for the outbreak as a whole. But there’s good reason to think the 3.3 per cent rate is low, Fisman said, as the positive rate in an epidemic tends to go up as the disease spreads throughout a community.

In New York, with an outbreak that’s much further along than Ontario, for example, some 28 per cent of tests have come back positive, according to Deborah Birx, the White House coronavirus response co-ordinator.

And indeed, the Ontario tests appear to be returning positives more often over time: The results reported this week have been positive in 4.5 per cent of cases. If the backlog results were to come back positive at that rate, it would return another 440 cases missed as the COVID-19 epidemic has spread in the province.

There are other reasons to think the Ontario epidemic is much larger, Fisman said. Epidemiological models based on the number and timing of the province’s 18 reported deaths so far, for instance, suggest an outbreak of several thousand cases, he said — plus, the fact Ontario is not testing nearly as widely as other jurisdictions clearly show the province is missing many more mild or asymptomatic cases.

Even in China, where the full weight of a dictatorship was put toward stopping COVID-19, recent estimates say authorities missed as many as 80 per cent of cases.

Earlier this week, the Quebec government reported a dramatic jump in COVID-19 cases as the province began counting tests done by hospital labs, eliminating the requirement that they be verified by a central facility.

That jump is good, Fisman said, because it shows a more accurate picture of the outbreak in that province.

In Ontario, as the testing backlog has grown, many more people with the virus may have been sitting unaware in self-isolation at home, or in a hospital or long-term care home.

It’s a problem that’s made worse by a lack of detail in the data that is being reported, like not knowing the date a sample was taken from the people who later test positive, or even where they live.

On Friday, for the first time, Ontario did not report any case-by-case detail on the 135 people who tested positive, instead writing: “Information for all cases today is pending.”

Without better access to data, researchers can’t model where Ontario’s epidemic is headed, Fisman said. “It’s like ‘Jaws’. You don’t know Jaws is there until one of the paddle boats gets swallowed.”

He added: “Any way you slice and dice it, we’re missing a ton of disease.”

Ed Tubb is an assignment editor and a contributor focused on crime and justice. He is based in Toronto. Follow him on Twitter: @edtubb

Previous A new FDA-authorized COVID-19 test doesn’t need a lab and can produce results in just 5 minutes
Next Coronavirus: If I live in California, do I still have to pay my rent this month?