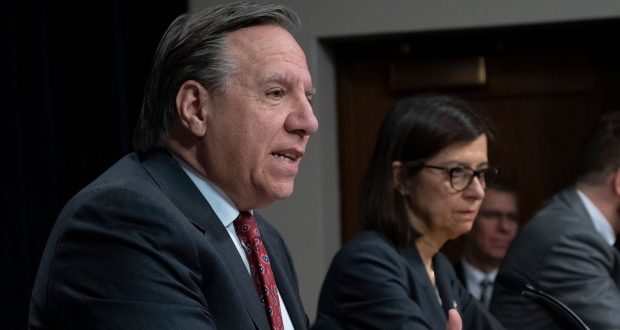 MONTREAL —
Public health officials announced Saturday that there are 1,008 new cases of COVID-19 in Quebec since Friday, and 114 more people have died in the province.

The Quebec government announced Friday that it would be ramping up testing to 14,000 per day, as the province moves to gradually reopen schools and workplaces in the coming weeks.

Hotspots such as Montreal North will receive the most aggressive levels of testing, as will schools, daycares, and manufacturing plants where deconfinement is set to begin.

Some 220,000 tests have been taken since the beginning of the pandemic. Of those, 199,037 tests have come back negative, and there are 1,002 still under investigation.

Loto-Québec announced on Saturday that it would allow businesses with a street entrance to sell lottery tickets again.

The company will thus reopen its sales terminals in shops that have an outside entrance.

However, the company added that the sale of lottery tickets at retailers located in shopping centres, including lottery stands, “remains suspended until further notice.”

With reporting from The Canadian Press.