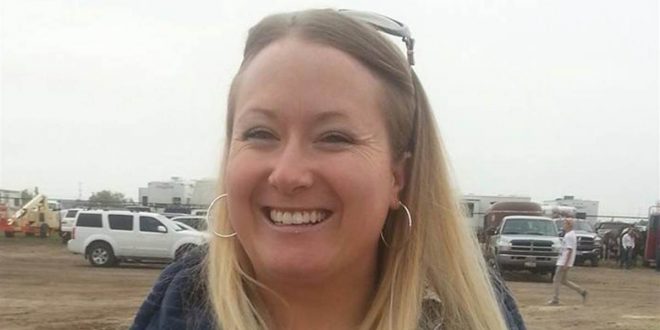 The Idaho nurse who admitted to helping her boyfriend, Patrick Frazee, cover up the murder of his fiancée, Kelsey Berreth, and then testified against him, was sentenced Tuesday to three years in prison.

Krystal Lee, who previously went by the last name Kenney, pleaded guilty last year to tampering with physical evidence in a deal to to help prosecutors convict Frazee in the murder. Berreth, 29, was last seen near her Colorado home with the couple’s baby daughter, Kaylee, on Thanksgiving 2018.

Three years was the maximum sentence Lee faced. The charge carried only 18 months in prison, but Judge Scott Sells determined that aggravators in the case increased her sentence. She also faces a year of parole after she is released.

Lee could have walked away with just probation on Tuesday, but Sells told her, “Simply saying ‘I’m sorry’ is not enough.”

Frazee was convicted on Nov. 18 of two counts of murder, three counts of solicitation to commit murder and tampering with a deceased human body. He was sentenced to life without parole plus an additional 156 years.

Lee testified during the trial that she was directed by Frazee on Nov. 22, which was Thanksgiving, to clean up a mess at Berreth’s condo. When Lee arrived on Nov. 24, she found blood covering the living room floor and splattered on the walls, on the carpet in other rooms and behind a couch.

She said she cleaned the mess but left small spots for investigators to find.

She said Frazee told her he had beat Berreth to death with a baseball bat and burned her body at his ranch. Berreth’s body was never found.

Prosecutors said Kaylee was in the condo when her father killed her mother.

Lee said she was then directed by Frazee to bring Berreth’s cellphone to Idaho so it would look like she left. She complied, and burned the phone. It last pinged Nov. 25 near Gooding, Idaho, investigators have said.

In a letter from Berreth’s parents, Darrell and Cheryl, read in court Tuesday, the couple said they “acknowledge that without Krystal a conviction would have been much more difficult,” but she “revealed the truth only to save herself.

“She was an active participant in the murder,” the letter said. “The only thing she didn’t do was swing the bat.”

Elisha Fieldstadt is a breaking news reporter for NBC News.