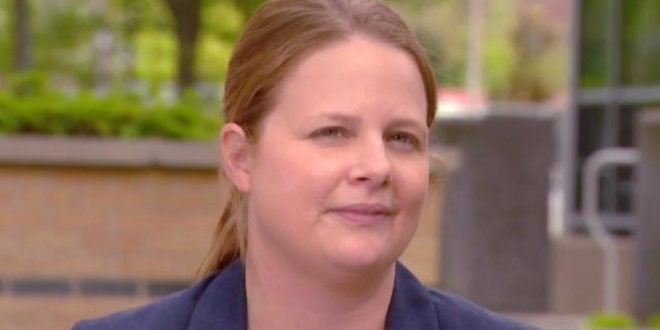 A Pentagon agency is working to produce an antibody treatment to combat the novel coronavirus until a vaccine is ready.

The Defense Advanced Research Projects Agency (DARPA), a research and funding branch of the Defense Department known for its out-of-the-box innovations, aims to “make pivotal investments in breakthrough technologies for national security.” Its inventions include the internet, Siri, GPS, videoconferencing and even self-driving cars.

Now, DARPA is racing against time as experts warn of a likely second wave of the coronavirus this fall.

Dr. Amy Jenkins leads DARPA’s Pandemic Prevention Platform (P3). The program, which launched in 2018, works with outside researchers to develop a quick response to emerging infectious diseases with a goal of delivering medical countermeasures in 60 days. P3 is currently working with two universities, Duke and Vanderbilt, and two pharmaceutical companies, AbCellera and AstraZeneca, on a COVID-19 response.

Their primary focus is to create an antibody therapeutic, which Dr. Jenkins called a kind of “temporary vaccine” to prevent infection if individuals are exposed to COVID-19. Unlike a regular vaccine, which creates permanent immunity, this therapy would create immunity for several months. The intention is to utilize this treatment as a bridge until a vaccine is developed. The antibody therapeutic would be immediately effective because the body starts producing antibodies within hours, as opposed to a traditional vaccine, which can take weeks.

“In vaccines, you’re literally teaching the body to fish, so to speak. You’re teaching it how to make the antibodies that would be protective against the pathogen of interest,” said Dr. Robert Carnahan, Associate Director of the Vanderbilt Vaccine Center, one of the teams working with DARPA on this effort. “We’re not doing that here. We’re not teaching the body, what we’re doing is literally jumping to the end of that, and giving them the final product which is the antibody itself. …We’re literally giving them the fish.”

Dr. Jenkins stressed that this would not replace a vaccine, but would be meant as a firebreak.

“We’re trying to put the ring around the people who are the most affected by this to stop the potential future spread of it,” Dr. Jenkins told CBS News. They intend for this therapeutic to be administered in a targeted manner — to give temporary protection to front-line health care workers and first responders in hot spots that may develop in specific communities.

Using the blood from several recovered coronavirus patients, including Washington One, the first known infected patient in the United States, the P3 researchers have been searching through thousands of antibodies for the top three most potent ones that have the greatest capability to fight the coronavirus. Dr. Jenkins likened this to “finding a needle in a haystack.”

Up until about five years ago, that process alone could have taken several years, but DARPA has invested in technology that enabled researchers to find those antibodies in a matter of weeks, according to Dr. Jenkins.

Once those antibodies are identified, there are two paths forward in producing this “firebreak” treatment. The first is the more traditional method — to manufacture these antibodies in large quantities for widespread distribution. Dr. Jenkins said that process will begin within the next two weeks.

The pharmaceutical companies AbCellera, in partnership with Eli Lilly, and AstraZeneca, will grow the antibodies in giant steel tanks that resemble beer fermenters, called bioreactors. The manufactured material would then be purified, tested and injected into patients for temporary immunization. Traditionally, the manufacturing process can take several years, but DARPA is aiming for a much shorter turnaround in this case.

“We want to trim that timeline from two-to-five years down to 60 days. And people say that’s impossible. You can’t do it. Well, that’s what we’re here to do,” said Dr. Jenkins. “We’re meant to be pushing that scientific and technological bar to the point that we potentially can get there.” She adds that even if DARPA accomplishes this task in 90 to 120 days, it will still revolutionize this field.

DARPA has decided not to just focus on these bioreactor-grown antibodies, but to push the envelope even further by investing in technology that enables them to turn patients’ own bodies into bioreactors.

Dr. Carnahan told CBS News that in this second method, researchers will extract the antibodies’ genetic code, which they will then replicate and inject into patients so their bodies produce new antibodies. According to Dr. Carnahan, “What’s immunized in that case is the blueprint for the antibody, and then the cells take up the blueprint and they’re able to produce the antibodies themselves.”

The P3 teams are working on the bioreactor-based and the gene-encoded antibody approaches simultaneously. They plan to begin clinical trials by this summer, and to deploy the treatments by this fall or early 2021.

Dr. Jenkins called this technology a “game-changer” in how we can respond to future pandemics or infectious disease threats.

“We had a leg up this time, to be honest,” said Dr. Jenkins. “We had a little bit of a leg up in that this is quite similar to SARS, at least from a structural standpoint. It looks a lot like SARS. Its sequence is somewhat similar to SARS and that did allow us to move a little bit faster on some of the things that we needed to get this in place. But the goal of our program here actually is to be able to respond this quickly, no matter what the threat.”

Previous An ER doctor who continued to treat patients after she recovered from Covid-19 has died by suicide
Next Coronavirus updates: COVID-19 cases in U.S. top 1 million