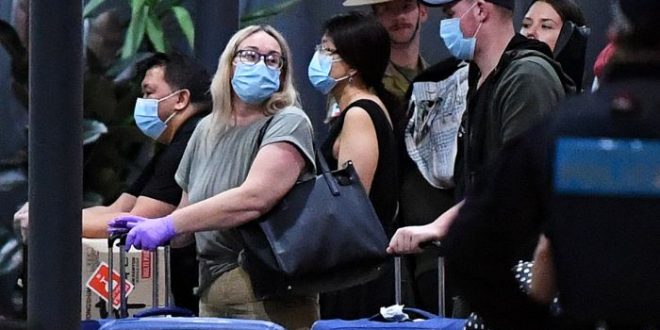 People in hotel quarantine to be tested on entry and departure

Chief Medical Officer Brendan Murphy has hinted people could be kept in hotel quarantine unless they agree to take COVID-19 tests.

Emphasising the risk coronavirus could still be imported into Australia, Professor Murphy said reports that 30 per cent of people who have gone through hotel quarantine in Victoria had declined to take a test were higher than other parts of the country.

Given the rate of new cases across the world was close to 1 million per week, Professor Murphy said hotel quarantine remained essential.

Speaking after today’s meeting of National Cabinet, he said testing of people in hotel quarantine would be ramped up.

But he also indicated that could lead to quarantine being changed in some circumstances.

“We’re seeing imported cases in hotel quarantine from a different range of countries now,” he said.

But he implied people may be required to undertake tests while being kept in hotels.

Prime Minister Scott Morrison said the decision on how to administer the tests would ultimately be up to the states.

Mr Morrison said state and territory leaders had reaffirmed their support for the 14-day hotel quarantine program for at the National Cabinet meeting today.

This morning Victoria’s Deputy Chief Health Officer said of the 18,000 people to have gone through hotel quarantine, 30 per cent had declined a test for the virus.

Professor Murphy, whose last day in the role is today, said that seemed particularly high, and that he expected as testing ramped up more people would volunteer for tests.

“30 per cent is quite a high rate, other states haven’t seen the same rate of refusal,” he said.

Around the country more than 60,000 people have undergone hotel quarantine after returning to Australia.