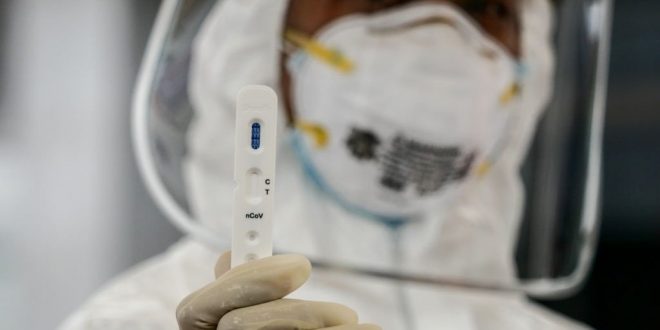 A shortage of test kits has undermined South Africa’s early response to the coronavirus crisis, but a local biotechnology firm is stepping up to try and plug the shortfall in testing capacity.

CapeBio Technologies, a privately-held company which was spun out of the Council for Scientific and Industrial Research (CSIR) in 2018, plans to roll out 5 000 test kits per day from the end of July, with support from the government.

The kits will produce results within two hours, down from the three to four hours taken by the imported kits currently in the market, said CapeBio Chief Executive Daniel Ndima.

“We are not here to say that we will replace imports. But at least we can reduce the backlog meaningfully,” said Ndima, a 33-year old scientist and co-founder of the company.

The World Health Organisation has said shortages of test kits are a challenge in Africa. For South Africa the situation has been exacerbated by a weaker rand which has meant spending more on imports, straining an already stretched budget.

At the end of May, the country was facing a backlog of more than 96 000 unprocessed cases awaiting coronavirus tests, according to the health ministry.

At 5 000 tests kits per day, CapeBio could meet approximately a tenth of the country’s current daily testing capacity.

Confirmed cases of coronavirus passed the 100 000 mark this month, making South Africa the hardest-hit country on the continent.

The government is expecting the number of cases to rise ahead of a predicted peak in August and September and higher infection rates in densely-packed, poor townships.

“We knew we could produce an indigenous solution to the Covid-19 crisis in South Africa using some of our existing technologies,” Ndima said.

CapeBio, with a team of 11, will supply the kits to the government but is also seeing demand from other companies globally, he added.

Previous NHL statement on Phase 2 testing
Next Protests did not lead to spike in COVID-19 cases, study finds