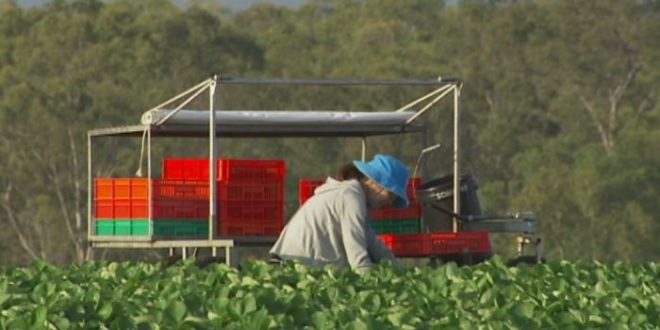 A mass public health alert has been issued after a fruit picker flew into Queensland from Victoria while infectious with coronavirus.

Health Minister Steven Miles said the man received the diagnosis in the past 24 hours, taking the number of active cases in the state to four.

He said the Melbourne man, in his 20s, flew to Brisbane on June 1 when he was infectious and then took a second flight the next day to Bundaberg, where he picked fruit and lived in shared accommodation.

Mr Miles said the man, who had been in contact with a known COVID-19 case in Melbourne, spent one night in Brisbane to socialise with about 15 family and friends on the south side of Brisbane.

The next day in Bundaberg he worked one day with a number of colleagues.

“Clearly there’s a lot of work for our contact tracers to do,” Mr Miles said.

“There’s two flights, the contacts in Brisbane, who will have to be tested and quarantined, those who travelled on the transport from Bundaberg airport and those in the shared accommodation and those working with him on the farm.”

The man also caught a Skybus from Southern Cross Station to Melbourne Airport on June 1.

Victorian health officials said that the man is linked to a confirmed case from the Rydges on Swanston outbreak, but was not disclosed as a close contact so was not in quarantine when he left Victoria.

The case is the first for the Bundaberg region since May 9.

“I am waiting on a whole range of other tests to come back later today for other contacts,” she said.

“But it is really important that people who live in Brisbane or in Bundaberg don’t wait for a phone call from a contact tracer.

“If you have any symptoms now is the time to immediately go and get tested.

“We also know you are infectious for up to 48 hours before you have symptoms.

“So there will be people out in our communities in Bundaberg and Brisbane today who do not know they have it and could potentially be spreading the infection.”

Dr Young added that there was “absolutely no concern” of infection for the strawberries.

“It’s really important to point out that the crop is safe to eat,” she said.

Calls for borders to open ‘irresponsible’

“You’ve had politicians out week after week, irresponsibly calling for our borders to be open,” he said.

“Irresponsibly calling for thousands of people to come.

“If you just imagine the risks that that would put to Queenslanders’ health and our economy, you would understand why we would keep those restrictions in place.”

Previous India, China will have more COVID-19 cases with more tests, says Trump
Next WATCH | Joburg school prepares pupils for a new normal in a time of Covid-19 | News24