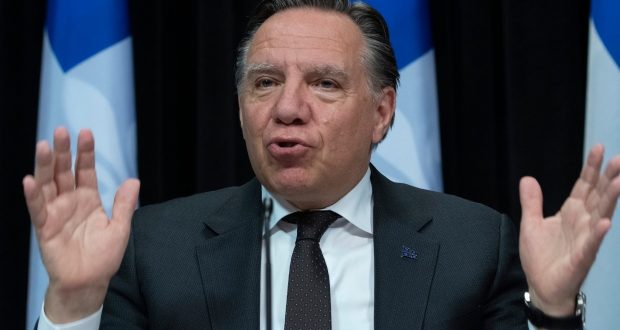 MONTREAL —
There are now 4,661 people who have died of COVID-19 in Quebec, health authorities announced Monday, as confirmed cases in the province reached 51,354.

The 20 newly reported deaths are the fewest recorded since April 4, when 19 cases were reported. The 295 new cases are fewest reported since March 25, when 290 cases were added to the provincial tally.

There are 1,185 people being treated for COVID-19 in Quebec hospitals as of Monday, down 13 from the 1,198 reported Sunday. Of those in a hospital, 163 are in intensive care, down eight from the 171 reported 24 hours earlier.

*WATCH THE UPDATE LIVE ABOVE AT 1 P.M*

Previous B.C. teachers raise alarm about going back to classes after COVID-19 increase in Quebec schools | CBC News
Next The Promise of Plasma, Spilling Across the Border, Perseverance