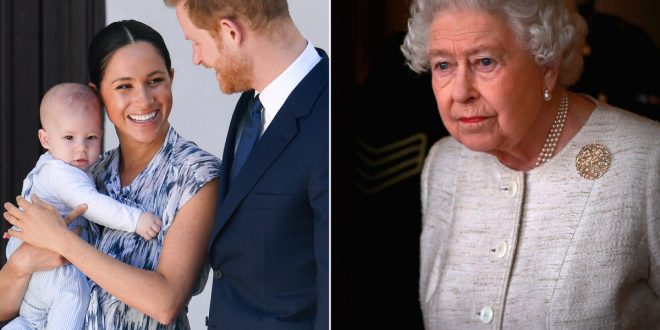 Queen Elizabeth II is “very sad” that she has “barely seen” her great-grandson, baby Archie — and fears even less time with him after Megxit, according to a report Sunday.

The Queen first met Prince Harry and Meghan Markle‘s baby two days after he was born, but has only seen him a handful of times since then, The Sunday Times of London reported.

That included missing him for the holidays during the Sussexes’ extended break in Canada — and she has not seen him once so far this year, the UK paper said.

The lack of time with her great-grandson has been one of the hardest parts for the Queen in granting the Duke and Duchess of Sussex their requested independence to spend more time away from the UK, the reports say.

“She will be very sad to have barely seen Archie, and that he will miss out on growing up with his cousins and wider family,” a source who knows the Queen told The Sunday Times.

The Sun previously reported that Archie’s cousins — Prince William’s kids George, Louis and Charlotte — have only met the baby royal twice since his birth.

Harry’s dad, heir-to-the-throne Prince Charles, cherishes his role as “Grandpa Wales” to William’s kids — and is despondent at possibly missing out on the same bond with Archie, the report says.

“Where will Archie’s heritage and roots be? What about Diana’s family, the Spencers? Harry and William know all too well how damaging an unsettled childhood can be,” the source told the paper.

The news comes amid reports that Markle is already house-hunting in one of Canada’s most exclusive enclaves, eyeing a $27 million waterfront property in Vancouver.