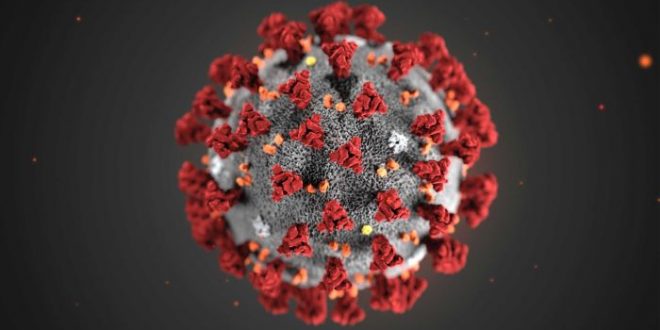 A group of leading international researchers have concluded the coronavirus behind the global pandemic has already mutated into a second strain, which appears to have spread faster and wider than the original one, potentially undermining efforts to create a vaccine.

The research, yet to be peer-reviewed but posted online by scientists from the US and UK, also found the newer strain, or G-strain, may allow people to be infected a second time.

Some independent experts described the research as “impressive”, while others have argued the conclusion the mutation is more contagious is not yet proven, and should be treated with caution.

The second strain of SARS-CoV-2, the virus which causes COVID-19, appeared to have first emerged in either Europe or China in January, some time after the first strain emerged.

It quickly became the dominant variant in each region, suggesting it may be more transmissible than the original D-strain.

The pattern appeared to have been followed in most European countries, most American states, and in many countries including Australia, where the new strain was already dominant.

“Whether they are more transmissible or not that is a typical thing that happens to this type of virus that is spread from animals to become transmissible between humans,” he said.

“It does become generally more transmissible over time and less severe over time.”

Studying the viral genomes of around 6,000 people who had COVID-19, the researchers said they were surprised to see such a “dramatic” evolution of the virus so early in the pandemic.

In order to quickly share the findings among the scientific community, the team published their paper online, before it was reviewed at a journal.

David Montefiori, one of the paper’s authors, said the results showed researchers needed to be alert to other mutations that could be occurring.

“I would say [coronavirus] is acquiring mutations that provide a fitness advantage sooner than we expected,” said Professor Montefiori, who is also a director of the Laboratory for AIDS Vaccine Research at Duke University medical centre in North Carolina.

When a virus becomes more contagious, stronger efforts are required to contain it.

The new strain appears to have been dominant in Australia and around the world for some time, indicating current social-distancing measures were already working to control it.

Professor Montefiori said if it weren’t for the mutations, the world may have been even further in front of COVID-19.

“An open question is whether the social-distancing measures would have been even more effective if this variant never existed,” he said.

Lisa Sedger, head of the viruses and cytokines research group at University of Technology Sydney, told the ABC the data in the paper was “impressive”.

“Data of this quality are not often available for human viruses,” Professor Sedger said.

But University of Sydney viral evolution expert Edward Holmes said he had reservations about the importance of the research.

“Will it impact anything important about how we respond to the virus? That’s unclear,” Professor Holmes said.

“At the moment I’m sceptical.”

Trouble for immunity and vaccines?

The new strain has had a number of mutations, some of which were responsible for the “spike protein” — what the virus uses to invade human cells.

After an infection, the immune system can learn to disrupt that process, preventing a second infection.

But the researchers are worried the changes in the new strain could undermine that immune response.

“It is an important question,” Professor Montefiori said. “A lot of work is going on to test this.

“Our main concern is how it might impact the effectiveness of current vaccines.”

He said vaccines were being developed based on the original strain from Wuhan.

“Will the vaccines be less effective against the new form and need to be modified to be equally effective against both forms? We and others are working hard to answer this question as quickly as possible,” he said.

Professor Sedger said the information in the paper was helpful for vaccine development, as it could “inform the type of vaccine that is most likely to work” and approaches to avoid.

Is it more contagious?

The authors proposed several reasons the new strain appeared to be more contagious.

One possibility is the mutations meant people already infected with the first strain were susceptible to the new strain.

Alternatively, the mutations might make the virus better at invading human cells.

The researchers found preliminary evidence that people with the newer strain had higher viral loads — that there was more of the virus in their body.

If confirmed, that would help explain why the new strain spread faster.

Professor Holmes, who was not involved in the research, said it was possible the strain was not more contagious, but there were other processes at play.

Dr Trevor Bedford, a prominent researcher of viral evolution said on Twitter it was plausible the strain was more contagious than the original form, but it was far from certain.

He said an alternative explanation was that the new strain “got lucky” in being introduced to Europe and then into other regions.

“It’s difficult to distinguish between these hypotheses with this frequency data alone,” he wrote.

Professor Bill Hanage from Harvard is another expert in the field. He has doubts about the new strain being more contagious.

In a series of tweets, he suggested a possible explanation was that the newer strain got “lucky” when it took hold in Italy — before its rapid spread across the globe — and that the original strain was effectively squashed by “China’s extreme interventions”.

“This is undoubtedly a complicated issue, and one we will learn more about,” he said.

“But right now there are better ways of fighting the pandemic than worrying about different strains [more] from Iran would also be helpful.”

Professor Montefiori said further work to test the theories with cultures was underway, but that for this strain to spread “so rapidly and extensively”, it must be better at infecting people.

Dr Bedford said studying the two strains in the lab was important, as well as further epidemiological work.

It’s a view shared by Barbara Brito Rodriguez, a viral geneticist from the University of Technology Sydney.

“The only way to know how sequence data translates to virulence, and to transmission etc, is by actual laboratory experiments,” Dr Rodriguez said.

Where did it come from?

The data suggests the new strain emerged in January in either China or Europe, initially in small numbers.

By mid-March, the strain was found in almost a third of global cases, but mostly in Europe.

By early April, the researchers said the strain was spreading at “an alarming rate” and increasing its global footprint.

They said in almost every location “a clear and consistent pattern” emerged. The initial strain was usually first on the scene, before the second strain appeared.

“Wherever G614 [the second strain] entered a population, a rapid rise in its frequency followed, and in many cases G614 became the dominant local form in a matter of only a few weeks,” the research paper said.

The only exception in the data appeared to be Iceland, where the first strain continued to be the dominant strain, despite the second strain entering the country.

The paper is currently under review at a leading scientific journal.