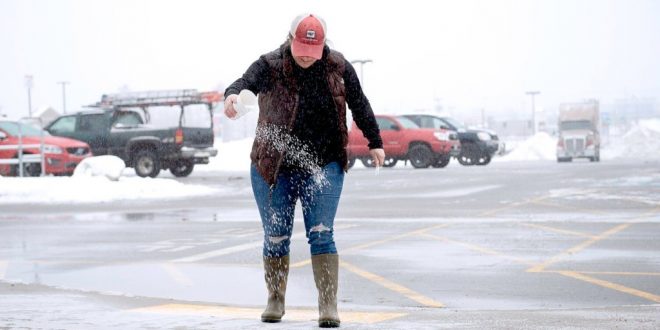 Service restored after another Spectrum outage

As ice continued to snap tree branches all over Maine, Spectrum customers on Saturday dealt with another loss of cable TV and internet service.

Saturday’s outage began before 1 p.m. and lasted until about 5 p.m., said Lara Pritchard, senior director for communications in the Northeast for Charter Communication, Spectrum’s parent company. Pritchard said the outage for its Maine customers was caused by “damaged fiber” in the company’s fiber optic network and affected mostly TV service, though some internet service was disrupted as well.

Spectrum customers in Maine lost TV and internet service for several hours during the ice storm Friday before it was restored in the evening. The company posted on Twitter at 12:55 p.m. Saturday that it was aware of “service issues” in Maine, as well as New Hampshire and upstate New York. The post said the company was investigating and working to resolve the problem, and apologized for any inconvenience.

“It’s been difficult, gaining access to the area for repairs, until power and storm-related damage have been cleared,” Pritchard said Saturday afternoon. She did not identify the location or locations.

Areas affected by Saturday’s outage included the eastern section of South Portland, across the Fore River from Portland. About two dozen residents of that area posted on Facebook early Saturday afternoon that they had lost cable TV service, but still had internet. People living in Augusta, Gardiner, Randolph, Farmingdale, Waterville, Newcastle, and Old Orchard Beach also posted messages Saturday saying they were without Spectrum TV service.

Friday’s storm coated Maine’s trees and power lines with a heavy glaze of ice, and on Saturday the snap of branches could be heard periodically on a walk through almost any neighborhood. Unlike a blizzard or wind storm, where damage to utility lines is apparent once the storm is over, Mainers who have dealt with ice storms know the damage from ice-laden branches falling can cover a longer period of  time.

The Spectrum outage on Friday began around 4 p.m. when the fiber optic network that carries internet service to New England was damaged in two locations, said Pritchard, who declined to pinpoint the locations.

The ice storm hampered access to the weather-damaged cable on Friday, with roads closed and trees down in that location, she said. It wasn’t clear if the outage was related to a problem that seemed to be affecting service elsewhere in the Northeast, as reported by the website Down Detector.

Please check your email to confirm and complete your registration.

Use the form below to reset your password. When you’ve submitted your account email, we will send an email with a reset code.

Previous Highlights from the 2020 Democratic debate in New Hampshire
Next Israel drawing up map for West Bank annexations: Netanyahu