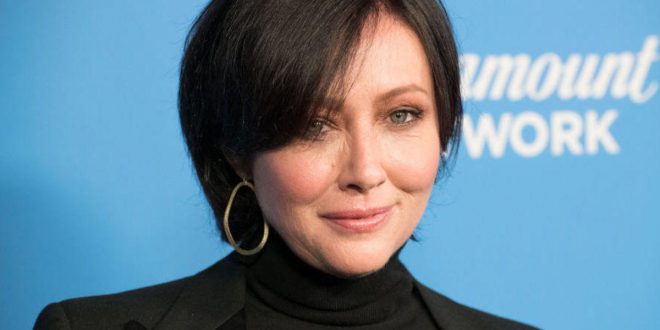 Actress Shannen Doherty has revealed she has stage four breast cancer. Doherty was first diagnosed with breast cancer in 2015, and she told “Good Morning America” in an interview broadcast Tuesday that the cancer returned.

“It’s going to come out in a matter of days or a week that — I’m stage four. So my cancer came back. And that’s why I’m here,” Doherty said. “… I don’t think that I’ve processed it. It’s a bitter pill to swallow in a lot of ways.”

Doherty said she got the new diagnosis last year while she was working on the reboot of “Beverly Hills, 90210.” Her costar from the original series, Luke Perry, died shortly before the new series’s premiere.

“It was so weird for me to be diagnosed and then somebody who was, you know, seemingly healthy to go first,” said Doherty. “It was really, like, shocking. And the least I could do to honor him was do that show. I still haven’t done enough, in my opinion.”

Doherty initially only shared her diagnosis with a small group of people, including costar Brian Austin Green. She said she wanted to show that people with stage four cancer can still work.

“Our life doesn’t end the minute we get that diagnosis,” Doherty said. “We still have some living to do.”

She also said she decided to reveal it to the world now because it was going to be disclosed in a court battle with her insurance company over wildfire damages to her California home.