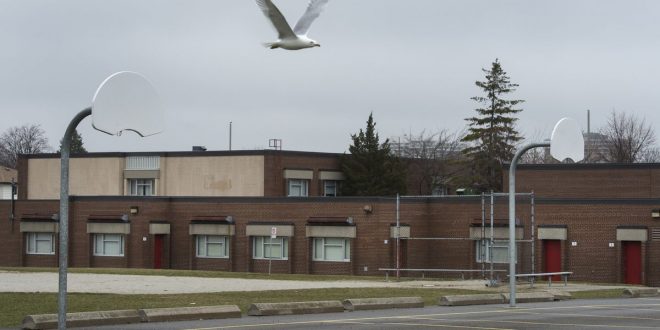 Returning elementary students to school five days a week could mean shorter days, the inability to deliver a full French curriculum and cost up to $250-million for additional staffing, according to new calculations from the country’s largest school board.

The Toronto District School Board has laid out various scenarios for reopening its schools in a preliminary plan it sent to trustees.

The Ontario government asked school boards to prepare three plans for the fall: full-time in-class learning with public-health measures in place, full-time remote learning, and a hybrid model that would see cohorts of 15 students alternate between in-class and remote education. The plans must be submitted to the province by Aug. 4.

The TDSB set out a number of scenarios within these plans. In one, allowing elementary students in cohorts of 15 to keep their full 300 minutes of daily in-class instruction would cost the board $248.9-million, as it says it would need to hire 2,489 additional teachers. In another, elementary school students could return to full-time classes but would lose 48 minutes of class time per day. Under this plan, the board would have to hire nearly 988 new teachers, which would cost them $98.5-million.

The TDSB did not outline clear projections for secondary-school costs. Those schools could see their year split into four “quadmesters” where students take two classes at a time and advise their schools on whether they want to spend the 45-day “quadmester” remotely, or in-person for half days, with the other half spent learning at home.

“And within that $55-million there’s $23-million allocated to hire more teachers,” he added.

During its Wednesday board meeting, TDSB interim director of education Carlene Jackson said the board does not know how the final plan will be selected by provincial officials.

“We are assuming that we will be receiving instruction from the ministry,” she said. “It’s not fully clear to us how much autonomy will be given.”

The TDSB’s preliminary estimates show a striking gap between the financial toll COVID-19 has taken on school boards, and the amount of funding released by the provinces for education in the fall. The board is one of hundreds across the country preparing for school reopening in the midst of a global pandemic.

The TDSB has also outlined plans for full-time in-person instruction that would see class sizes depend on what grade a student is in. This scenario would cost them anywhere between $20-million and $190-million in additional staffing.

Regardless of the scenario for full-time elementary instruction, the TDSB says French immersion and core language programs could be jeopardized, as the board would not have enough staff to simultaneously work across student cohorts and deliver French programming.

But the board clarified during its meeting that saying the programs would be cancelled “is not accurate,” adding that cohort models would rather be “putting pressure on budgets.”

“In a bilingual country, to propose the elimination of the teaching of one of the official languages is unthinkable,” the organization representing Franco-Ontarians wrote. “We also ask the Toronto District School Board to stop using official languages as a means of pressure to reach its goals. It’s damaging for the country.”

Many parents are left with unanswered questions as the school year approaches. “I’m concerned for September, because it’s mid-July, and we really have no idea what the school day will be like,” said Crystal-Rose Madore, a writer and Toronto mother whose 12-year-old son attends a TDSB school. She is worried that students who are unable to afford language tutors will lose out on their language skills.

Ms. Madore wants to see “clear, unified planning” across Ontario school boards. She fears that different guidelines will spark confusion among parents and risk the spread of misinformation.

The TDSB is also planning for a hybrid learning model in all of its schools, which would see cohorts of 15 students alternate between in-person and remote learning during school days. Under any model that involves remote learning, Ms. Jackson said “there is no guarantee that the teacher that’s assigned to teach them fully remotely would be a teacher on staff at that school.”

“We want to pool all of our teachers that we have, both centrally assigned as well as school-based teachers, and then start figuring out who can do what, who can do what cohort,” she explained.

In its report, the board says it is concerned that the hybrid model “will force parents to choose between educating their children and their own employment.”

Jennifer Hargreaves, a Toronto-based entrepreneur and mother of two children aged 5 and 7, says she reduced her working hours in the final months of the 2019-20 school year to help balance the demands of educating and caring for her children.

“I always had in my head ‘Well, it’s okay to not learn very much now. We’re learning differently right now,’ ” she said.

“But they need to learn at some point, and they’re going to have to catch up at some point. So in a hybrid model, with home-schooling and in-school, I was worried about how much they would actually retain and learn and how much I was going to be able to teach them.”

A return to in-person classes would see unused spaces in secondary and high schools repurposed for elementary education. But the logistical challenge of finding space across schools and elsewhere in the city “is the question of the day,” according to Manon Gardner, TDSB associate director of school operations and service excellence.

The school board also says it needs additional funding to cover COVID-19-related costs, which include PPE, facility improvements, staffing, transportation, IT devices and student mental-health supports.

Previous A new study makes it clear: after universal masking was implemented at Mass General Brigham, the rate of COVID-19 infection among health care workers dropped significantly. "For those who have been waiting for data before adopting the practice, this paper makes it clear: Masks work."
Next Coronavirus latest: More troops head to Melbourne as Covid-19 cases surge