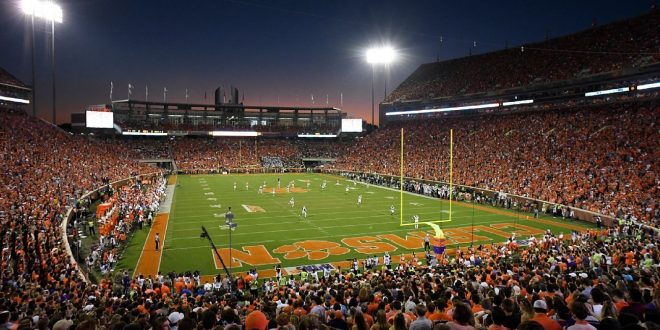 Of 28 positive coronavirus tests conducted on Clemson student-athletes and staff since their return to campus two weeks ago, 23 belong to football players, a source said Friday.

The school announced its total number of 315 tests and 28 positives in a statement Friday following a second round of tests but did not break the number down by sport. The source at the school said that at this week’s latest round of tests, 21 football players tested positive, as did two members of the football staff, which is not limited to coaches.

Last week, the school said two other football players, as well as a men’s basketball player, tested positive during the school’s initial run of 169 tests.

The initial 169 tests were done upon the return to campus for student-athletes and staff from football and basketball. This week’s round of tests included more athletes as soccer and volleyball players returned to campus, along with secondary testing based on those who showed symptoms and people with whom they’d been in contact.

According to the school, the majority of those testing positive were asymptomatic, and no one has thus far required hospitalization.

Each member of the program who tested positive was notified by the school and will be isolated for at least 10 days. Anyone in contact with them will be self-quarantined for at least 14 days, in concurrence with Clemson’s guidelines.

Previous Hollywood reopens for production as Academy boosts diversity efforts
Next In public toilets, flushing isn’t the only COVID-19 risk