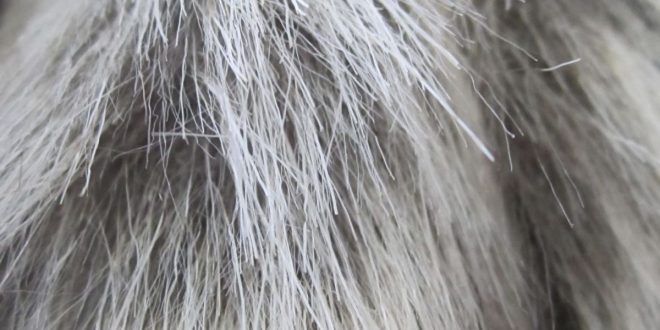 The idea that fright or any other kind of stress can turn hair white has endured for centuries. But a new study this week—in mice—provides some of the first concrete evidence of this phenomenon existing. It might also offer a biological explanation for how it happens.

Henriette Campan, teacher and personal assistant to French queen Marie Antoinette, once wrote that the events of the French Revolution during 1791 were so distressing to the then 35-year-old queen that over the course of a single night, on June 21 when her family tried and failed to escape France, her hair “had turned white as that of a seventy-year old woman.” Stories of early graying haven’t just involved royalty either—a 2013 study found nearly 200 cases documented in the medical literature since 1800.

Still, these canities subita, as it’s been called, are entirely anecdotal, even if the accounts have included credible eyewitness testimony. Some doctors have offered more mundane explanations: Maybe the person had a rare autoimmune condition that led to sudden hair loss called alopecia areata incognita, for instance, which only affected the last bits of their pigmented hair. If that person was only left with gray hair or only had gray hair grow back in, they might assume a recent event had actively turned them gray-haired.

Study author and Harvard University researcher Ya-Chieh Hsu and her team wanted to explore the question as scientifically as they could. Their new research, published Wednesday in Nature, focuses on stem cells, the building blocks of every type of cell in the body, including the cells that regulate hair growth.

“We have more sophisticated tools available to us than ever before in stem cell science, and the field has started to overlap in really exciting ways with neurobiology,” Hsu told Gizmodo via email. “We are now able to investigate, in very precise detail, how systemic changes in the body affect specific stem cells—and that’s what we did here.”

Hsu’s team subjected their black-coated mice to various kinds of stress, such as being restrained, which reliably led to a greater level of white hairs over time compared to control mice. Then they systematically went down the list of possible factors that could have caused the graying, such as the immune system going after our hair-related cells. They eliminated all but one of the options.

“We investigated many different possibilities—immune attack, cortisol levels—before we realized the actual driver was the sympathetic nerve system, which triggers the ‘fight-or-flight’ response in mammals,” Ysu explained.

The sympathetic nervous system governs our immediate, involuntary responses to stress, thanks to a network of nerves that branch all throughout the body. That includes our skin, where these nerves envelope each individual hair follicle. Inside a follicle, there are stem cells that can be programmed to turn into the cells that color hair as it regenerates; these are called melanocyte stem cells. Normally, there’s always some reservoir of these cells left behind (at least until the slow decay of aging kicks in), but that wasn’t what happened in the stressed-out mice Hsu’s team studied.

“We found that stress causes sympathetic nerves to release the neurotransmitter norepinephrine, which is then taken up by melanocyte stem cells. That causes all of the stem cells to be activated, so they convert into pigment-producing cells,” she said. “In a short time, there are none left. In just a few days, the reservoir of pigment-regenerating stem cells is depleted. And once they’re gone, you can’t regenerate pigment anymore.”

Mice are not people, of course, so more research will be needed to confirm the same basic process can happen to us. But Hsu and her team believe that it can, since both mice and people have these pigment-making stem cells and a similarly working sympathetic nervous system.

“While we are hopeful the relationship will be close, we do not have definitive evidence at this point,” she cautioned.

As is often the case in science, Hsu’s research doesn’t just potentially answer an age-old question; it also opens the door to a bunch of new ones. For example, the team was surprised to see that the mice’s ‘fight-or-flight’ response could cause such damage, given its evolutionary function as an escape button from danger. Over the decades, scientists have started to unpack the many ways that stress can be a double-edged sword to our health. Continuing to study how stem cells behave during times of stress may yet reveal other downsides, according to Hsu.

“The serious impact of stress on these specific stem cells begs the question of how other stem cells in the body may be affected,” she said. “This research is critical to helping scientists understand how stress affects stem cells and different tissues, and there is much work to be done there.”

Previous Apple Watch Connected program rewards you for wearing it to the gym
Next US issues new rules restricting travel by pregnant foreigners, fearing the use of “birth tourism”