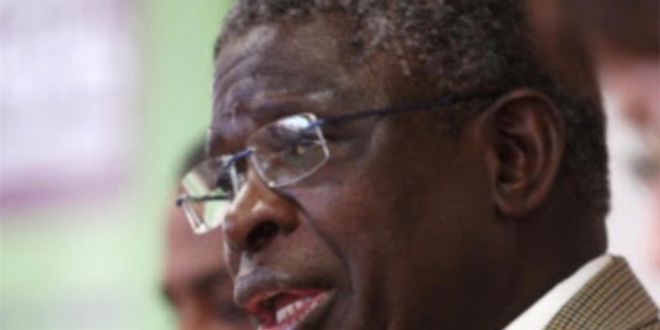 Struggle stalwart and former commissioner of the Truth and Reconciliation Commission (TRC) Thomas “Tom” Manthata died on Friday night at the age of 80.

His death was confirmed to News24 by ANC Veterans League president, Snuki Zikalala.

He died of Covid-19-related complications, according to a report by SABC News.

Manthata was born on 29 November 1939, in Soekmekaar in the then Northern Transvaal. Despite being expelled from Catholic seminary “for being too political inclined”, he began a teaching career in 1967 at Sekano Ntoane High School in Soweto, according to South African History Online.

He was known as “a rigorous, critical teacher who encouraged political debates among his students”, which included President Cyril Ramaphosa and former Johannesburg mayor Amos Masondo.

Yesterday was the 80th birthday of one our countries many unsung heroes; Thomas Madikwe Manthata. Bra Tom is one of those cdes who worked tirelessly, mostly in the background, to the personal benefit of families of detainees, detainees. It’s hard to overstate how NB this work was

In the early 1970s, Manthata facilitated contact between Soweto students and older black consciousness activists who came into the schools as tutors, teachers and speakers.

He was actively involved in opposition politics and was detained several times, spending six years in prison. Manthata was a founding member of the Azanian People’s Organisation, and later became its general secretary.

Cde Tom Manthata has passed away. An ANC veteran; teacher; a vice-president of SASO; stalwart of the UDF; Delmos trialist, convicted of treason; Commissioner of the Truth and Reconciliation Commission. Hamba kahle, my friend. @GautengANC @ANCJHB

Manthata was a commissioner of the Truth and Reconciliation Commission and served on the Human Rights Commission.

Previous Why is there a resurgence of COVID-19 cases across the U.S.?
Next Biocon’s psoriasis drug gets DCGI nod for use in COVID-19 patients