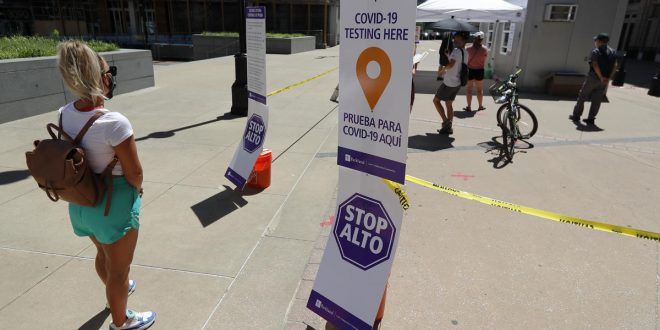 The number of people in Texas hospitalized from the coronavirus hit a record high of 2,287 on Sunday, an increase from the previous record of 2,242 cases on Saturday. The state has continued to move forward with its reopening plan, with restaurants being allowed to increase capacity to 75% and almost all businesses allowed to operate with 50% capacity on Friday.

Abbott said he is “concerned, but not alarmed” about the test numbers, citing the high volume of tests being conducted. The state has conducted more than 1.4 million tests, aggressively targeting certain areas.

After those cities, the largest numbers of infections are in the Amarillo area, where meatpacking plants have been considered the source of the outbreak and where Abbott has targeted aggressive testing.

Previous 90 Canadian troops to leave for Ukraine as military looks to resume mission | CBC News
Next Funerals can have up to 100 mourners from tomorrow, Palaszczuk says